Lahore Faces Another Spell Of Dangerous Smog After AQI Hits 470!

Since the world is facing climate change, Pakistan’s Lahore is the most negatively affected city for now. Eventually, the hazardous smog spread in the provincial capital is creating serious breathing problems for the citizens. After the Air Quality Index (AQI) previously hit a new high, recently, another thick layer of smog has covered Lahore completely.

Another dangerous spell of smog hits Lahore with the AQI reading of 470!

Every year, nearing winters, the fusion of smoke and fog commonly called ‘smog’ creates health problems in Lahore. Last week also, the toxic Lahore smog had become unbearable for the locals reflecting upon the index’s high reading. Yet again, the dangerous smog has hit 470 in the AQI for Lahore and adjacent areas causing serious health issues for the citizens. 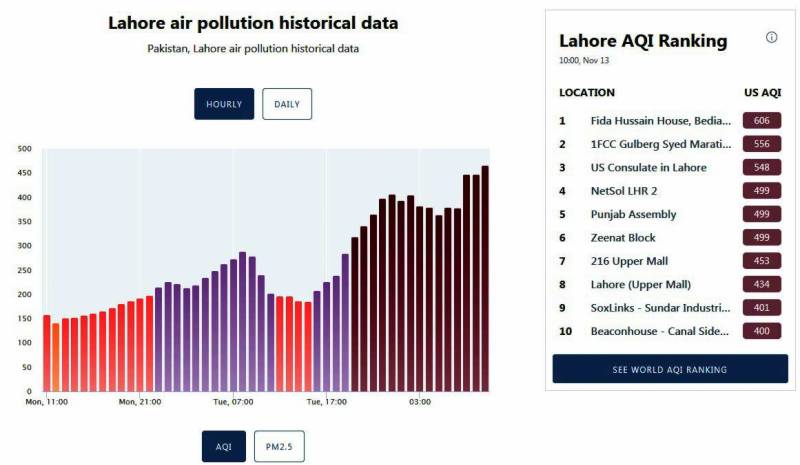 Apparently, it’s not the first time Pakistan’s Punjab area has become a victim of toxic smog. Earlier today, the Air Quality Index (AQI) showed a drastic increase of 177 points in the passage of 24 hours. Regarding the hazardous matter, the Meteorological office has confirmed that the weather will remain the same throughout the week.

You and you; the never-ending blame game between the two neighbors!

However, the blame game between India and Pakistan doesn’t seem to end in the near future. Previously, Bharatiya Janata Party (BJP)’s Vineet Agerwal had blamed Pakistan for polluting India’s air. This time around, the weather experts of Pakistan have held Indian Punjab’s ‘crop burning’ accountable for creating the life-risking smog in Punjab and other areas. 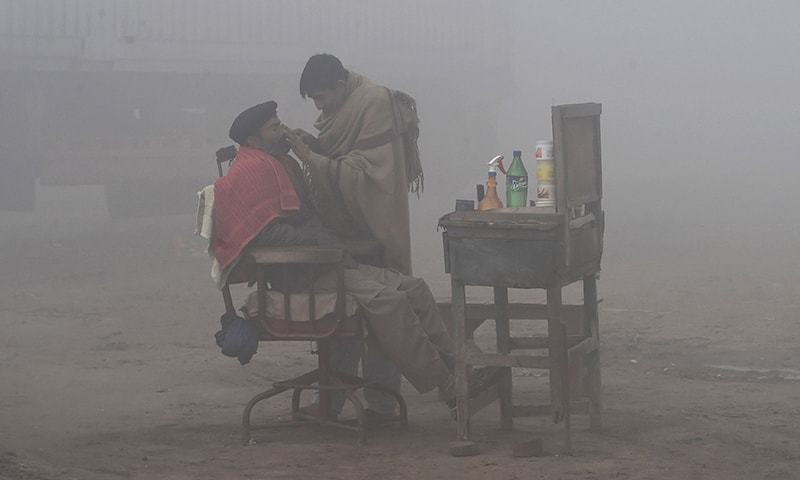 As for now, the concerned authorities have strictly advised the citizens to adhere to the precautionary measures. Further, the affected residents of the provincial capital are using masks to prevent inhaling the hazardous air. Currently, Pakistanis are showing their right concerns over the unhealthy environment on social media and the hashtag #LahoreSmog is also trending on Twitter.

The concerned departments need to WAKE UP!

What is even wrong with people?

Happening on Masood Anwari – Walton road intersection. Dry leaves and trash being burnt, on one of the most Hazardous mornings this #LahoreSmog season. pic.twitter.com/fW6irkhcXz

Driving through #lahoresmog to drop my 3 year old to school.

Breaks my heart that this is the Lahore she and all our children are growing up in. They will continue to suffer the consequences unless bold, urgent changes are made to #CleanOurAir now. pic.twitter.com/4FiNiBKulo

Gradually, the situation might escalate but the weather department instead of providing the solution directly blamed India. Well, it is a universal practice that in such situations emergency is declared within the affected country. Unfortunately, Pakistan’s weather department opt for India’s blaming strategy without guiding the citizens to protect themselves.

Do you want to add something to the story? The comments section is all open!