PTI MPA from Mardan and his KP Education minister wife forced their child-maid sit in the truck of their car in Islamabad.

A footage of a child helper has been circulating all over the media where the poor child is forced to sit in the boot of the car of the KPK lawmaker. This is the height of insensitivity of our lawmakers!

How much more desensitized we can become as Pakistanis? Here is the official footage:

Both the Constitution and Labour laws prohibit the employment of children before the age of 14 years.

They are setting quite an example considering they must have a large number of followers who shall follow their example. In fact, their vehicle carries much importance itself and indulging in such reckless activities simply shows how our Pakistani authorities take the dilemma of child labor.

There is no way this particular act can be justified. The government officials are always prone to attention in Pakistan and roaming around the capital in such a display is utterly disappointing. How many people must be influenced by them? 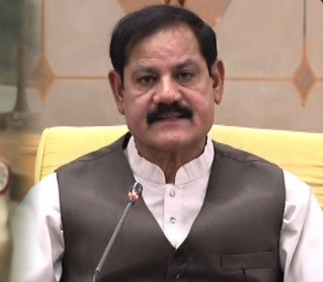 MPA Ubaidulla Mayar reported that the child comes from a family employed by him. He told that his family was going to a park in Rawalpindi when the child maid insisted on sitting in the trunk. But the MPA and his officer wife, being accountable citizens and lawmakers of Pakistan hold accountability to negate such circumstances. They just did not choose to do so.

KP Education Minister Atif Khan has called for a thorough investigation of the incident happened. On the other hand, the Adviser to CM on Information, Mushtaq Ahmed Ghani has made it clear that strict action must be taken.

Every human being on earth holds respect that everyone is indeed liable to carry. Your status does not matter when it comes to humanity. Our religion Islam and Prophet (PBUH) laid great emphasis on equality between people. But we do not seem to follow. Just because our social, political and economic status is superior, we think we have an upper hand over common man or the destitute.

Treating another person as if they are luggage speaks enough about their ignorance in treating a human.

I am sure this is only one case that we have come across to. There must be many more incidents happened in the past and especially those behind closed doors. God knows what happens behind closed doors in households of such people.