Child abuse is a rampant evil in our society. According to Sahil (an NGO), around 11 cases happen daily in Pakistan and over 1,700 cases were reported during only the first half of 2017.

Our children are unsafe more than ever before and the issue demands everyone’s undivided attention and efforts for resolution. However, open discussions on the topic are still seen as a taboo. Hence the matter remains largely ignored. 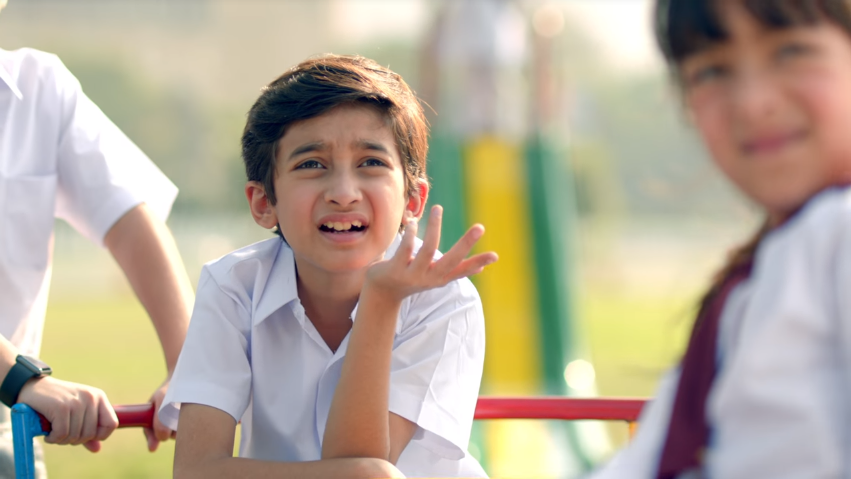 How do we protect our children?

The first step towards creating a safe environment is to start listening to them. Parents need to give their children the confidence to speak up without fear of consequences. They need to be able to trust their elders and know that they will listen to them. It is only when such a relationship is established that children will have the courage to raise their voices and bring potential culprits to justice.

We found the best way to start conversations with children

Knorr Noodles in Pakistan recently launched its “#AikZarooriBaat” campaign which features two simple videos talking about “saying no to bad touch” and “not trusting strangers”. The purpose of these videos is to educate kids on how to stay safe in an easily understandable manner and allow for more in-depth discussions on the topic. The videos are designed in a way that would appeal to kids and feature Chuck & Chatty (Knorr’s beloved mascots). Let’s see what they are demonstrating in both these videos.

What is Good Touch & Bad Touch?

This video explains the difference between good touch and bad touch. It clearly defines bad touch in simple yet effective ways and tells kids how to respond if anyone even tries to touch them in such a way.

Why should we always say no to strangers?

This video explains who a “stranger” is and how they should never be trusted. The key takeaway here is that kids should neither talk to strangers nor accept any offerings (even candy from them). They should just avoid them at all costs.

Parents need to discuss these topics with children to ensure that they aren’t caught off guard, are able to take appropriate actions and bring issues to notice before it is too late. Such conversations might be awkward and uncomfortable, that is exactly when these videos can help as we strongly believe that they can serve as the perfection conversation starter. Just share these videos with your kids and then follow it up with some heartfelt discussion. Remember to always keep the conversation two way and to let your kids know that you love and trust them no matter what.

Well, guys, we find this effort by Knorr Noodles commendable! What do you think? Do we need more such videos?

Rabi Pirzada Says No to Sex Education For Kids and Pakistanis Are Not Liking It
This Pakistani Guy Just Asked a Female Pilot to Marry Him But Her Reply Was Epic!
To Top