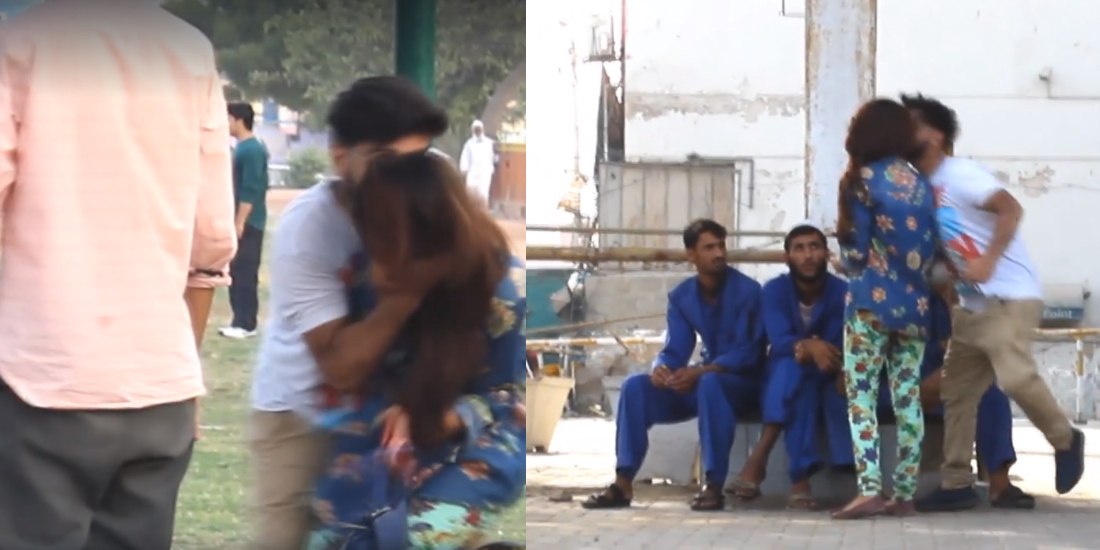 A lot of times when scrolling through Facebook, we see many videos of people pranking one another. Some shout at a  person passing by,  while others tease them by saying “toh mein kia karon” loudly and running away. All these pranks are aimed at capturing local public’s reactions to make the audience laugh.

But this one video has gone way too far. This aim of the video was to see the people’s reaction to how they would behave/react if they see a girl getting kissed/harassed by a total stranger. So, this kissing prank was a little too awkward, or better say way too awkward!

Play the video below!

The actors in the video knew what is happening and what would happen, but they wanted to see everyone’s reaction. This one guy, as the girl talked to him sees the girl getting kissed ran after the culprit and beat him like anything but he couldn’t catch him. Another guy refused to do anything for that matter. Absolutely sad?

For this one reason, it makes people understand one thing, as a matter of fact, this was just a mere prank. Imagine this happening to some girl in real. Imagine a girl getting harassed in public, would they still refuse to do anything? What’s stopping them? Well, the answers lies in everyone’s mind.

What are your thoughts on the prank idea and the ‘awaam’ not doing anything? Let us know in the comments below.