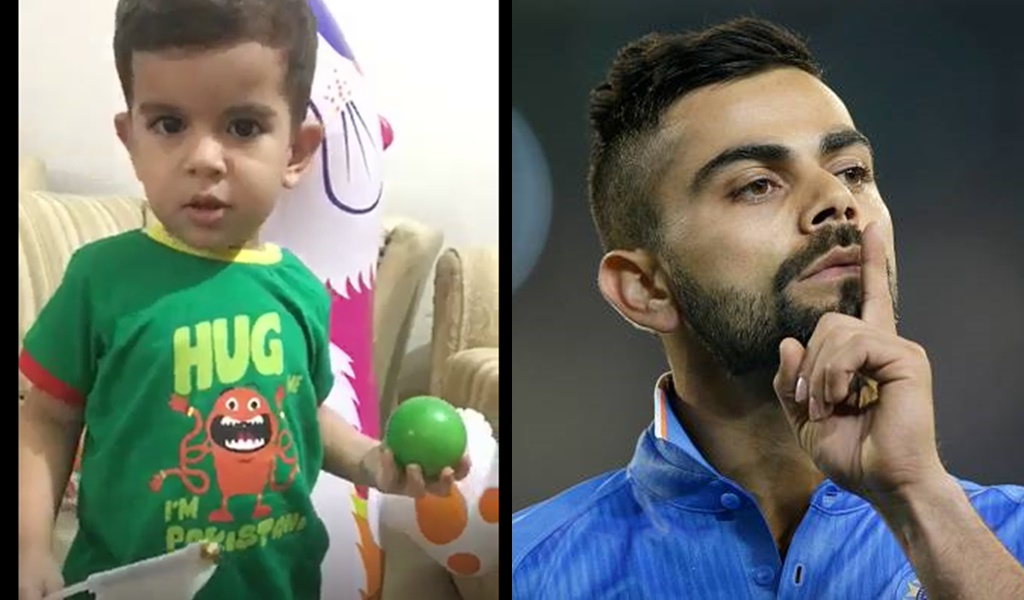 6 days have passed and Pakistanis are still buzzing with the passion of winning the Champions Trophy 2017. Cannot put enough stress on how winning this trophy is a laurel itself, but the way we defeated the Indians is another achievement. We ruin their party – an 8th ranked team which stood no chance to reach the finals put the final nail in the coffin as soon Muhammad Amir took the first 3 deadly Indian openers’ wickets.

Before that, the amazing innings of Fakhar Zaman helped us obtain the target we could have only imagined. The spectacular opening, alongside his century, contributed much to the target we gave to the might Indians who were sitting on the 2nd position in ICC ODI team rankings.

There was something after Pakistan beat the 1st position ICC ODI team, South Africa. We became more and more passionate.

While Pakistani batsmen were creating an unbeatable target, a Pakistani supporter in the crowd said the famous, magical word which instantly went viral.

Parhlo found the legendary Javaid Iqbal who uttered these amazing words to Virat Kohli as they became one of the highlights of the post-match banter.

“As I was mulling on what would be the most appropriate thing to say to him, given this brilliant chance, I glanced at the scoreboard and saw thought to myself that no matter how good a batting line-up India has, where the match was at the time and the body language Indians were carrying at the moment, there is no way they will be able to chase this total. At least not that day as Pakistani bowling firepower was way ahead of them,”

“Keeping these things in mind, and all the years of cricketing behind me, and knowing very well that timing is everything in life, I flipped open my phone’s video camera and shouted the very thought as loud as I could with a hope that it will reach him loud and clear. I am pretty sure that it did. Did it stick to his head or he ignored it, only he can tell.”

Days later, these words are still cherished and Pakistanis love it!

In my native language i dont say "i love you" i say Kohli & she says NAHI HOTA TJH SE CHASE and i think its beautiful.

I have two moods:

1- Kohli is one of the best cricketers ever.

Joining The Pakistanis Who Use This Phrase Is This Cute Kid Who Is Sending Out A Message to Kohli!

The 2-year old Muhammad Ali with his version of Kohli…nahi hoga tujhse chase is so adorable! Aside from that, he said “aapse” instead of “tujhse” makes it even cuter. His shirt, the Pakistani flag and a green ball in his hands compliment the phrase so beautiful. And also, the adorable kid with his lovely smile at the end of the video! <3

So kids, this is how you should remember growing up – by saying these sweets, meaningful words that mark a yet another historic moment for the Pakistanis.