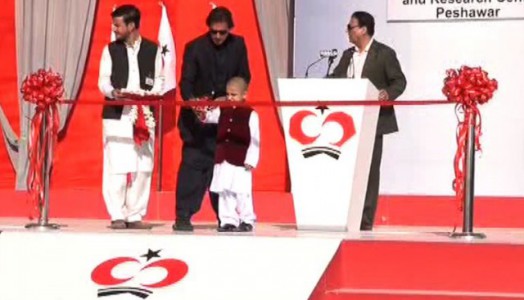 This time of the year back in 2015, when the Shaukat Khanum Memorial Hospital’s Peshawar Branch was being inaugurated, one 7-year-old took part in the process. That kid was Fakhir Afridi, a young gun hailing from Kohat, Khyber Pakhtunkhwa, who was fighting cancer.

The Shaukat Khanum Memorial Hospital, the brainchild of legendary cricketer and Pakistan’s most prominent politician, Imran Khan, is the only cancer hospital franchise that works for the welfare of the common man across the country. Since cancer hospitals are difficult to find in Pakistan, the SKMCH has earned a lot of adoration and fame for the work it has done. 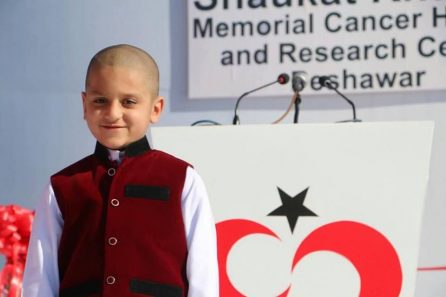 In 2015, when the second branch of the Shaukat Khanum Memorial Cancer Hospital was being opened in Peshawar, one kid named Fakhir Afridi was selected to inaugurate the hospital along with Chairman Imran Khan. The kid was fighting cancer back then and fought it bravely for 2 and a half years. In the best news of 2017, promising a wonderful start, 8-year-old Fakhir is now cancer free.

According to the childs father, Qasim Afridi, who works for a pharmaceutical company in Karachi, Fakhir fought cancer very bravely and has finally defeated it. Ever since recovering, Fakhir has started going to school as well.

Fakhir was diagnosed with cancer at the meager age of three and half years old and it was then that Fakhir was shifted to the SKMCH, the hospital that saved his life. After receiving treatment for 2 and a half years, Fakhir has finally defeated cancer and ready to start his life. His parents were very thankful to Imran Khan’s Shaukat Khanum Memorial Cancer Hospital, that it was because of the incredible care and efficient procedures at the hospital that Fakhir defeated a gigantic illness like cancer. 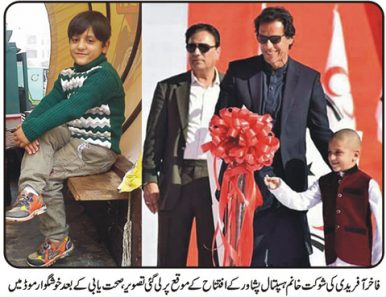 Not just Fakhir, the SKMCH has gained popularity all over the world and people from all around the globe donate to the cancer hospital very generously. Recently, Imran Khan and the SKMCH team laid down the bricks for the start of the hospital’s new branch in Karachi. It is pertinent to add here that whilst all three provinces have an SKMCH hospital, it is only due that the forgotten and neglected province of Balochistan also gets a branch, as there is no outlet to cancer present there for the common man.

Upon the start of 2017, young Fakhir is ready to take on the challenges of life and enjoy his days to the fullest. We wish him and his family best of luck for the future.

The Rock Scene Of Pakistan Finally Gets A ‘Call’ Back
[QUIZ] – What Message Are You Dying To Receive Right Now!?
To Top