In today’s time, Muslims women are depicted as oppressed by the men in their community. It is also wrongly portrayed that women in Islam have little or no rights or liberty.

Little do they know about the story of  Khawlah bint al-Azwar, who is the perfect reply to those people who think that being a Muslim woman is just equal to being oppressed. Khawlah bint al-Azwar was a warrior, a nurse, a companion of our Holy Prophet Muhammad PBUH, a noble daughter, and a sister.

Born to the chief of the Bani Assad tribe, she and her family were one of the early converts to Islam. Hazrat Khawlah fought alongside her brother Dhiraar Bin Azwar, the legendary warrior. Hazrat Khawlah took part actively in the great Rashidun Army (the same army that conquered Sindh), in the conquest of Syria, Jordan, and Palestine against the then mighty Byzantine empire/Roman empire.

Hazrat Khawlahs’ bravery not only helped the Muslims to win many battles but managed to save numerous lives of Muslim soldiers including her brothers. Once during the Siege of Damascus, her brother was attacked and taken to prison by the Byzantine army.

Khawlah being the fearless women, came to her brothers’ aid by attacking the rearguard of the Byzantine army, all alone without anyone’s help while the great Muslim commander Khalid Bin Walid attacked the enemies from the front with a few men. She managed to save her brother.

Same was the case in another battle. Hazrat Khawlah and injured Muslim soldiers were attacked by a Byzantine battalion. Normally in situations like this, even the strongest of warriors get nervous but she being tigress took a knights armor and covered her face with a green scarf and fought the enemy with some soldiers. She fought so valiantly that muslim soliders thought that she was the great commander Khalid Bin Walid himself, only when she revealed her identity they found out that she woman. 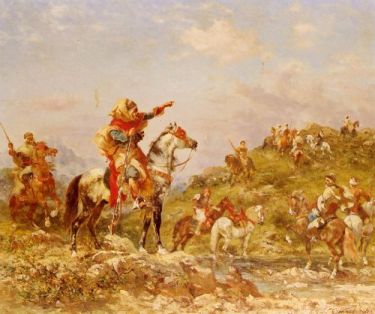 Source: Badass of the Week

“This warrior fights like Khalid ibn Walid, but I am sure he is not Khalid.”

Even getting captured by the enemy couldn’t break her spirit. She got captured by the Byzantine army because of accidentally falling off her horse. She was taken to the tent of the leader of the army for pleasure but she was no soul to play with. She encouraged other prisoners and used the poles of the tents and killed 30 enemy soldiers of which Bibi Khawlah killed 5, including the man who insulted her too.

Khawlah is the shining example for not only Muslim women but for women everywhere in the world. Giving a strong message that every woman has the right to fight for her beliefs, principals, moral values and her protection.

An Iraqi All-Women Military unit and UAE’s first women college, both are named after Khawla Bint Al-Azwar. To honor her, many places are named after her in Saudia-Arabia.