Remember when Khawaja Asif, Defence Minister of Pakistan made headlines when he called a PTI worker, “tractor/trolly”? It was not long ago, so I am sure you can remember the havoc wreaked after Khawaja Asif used such remarks for a Shireen Mazari. Our politicians simply do not cease to amaze us with their ridiculous antics. They keep doing unimaginable things and this was surely one of them. And if you thought Mr. Khawaja Asif would have learned something, then you were probably wrong because this guy does not seem to get the point.

Khawaja Asif strikes again! The minister once again called someone “tractor/trolly” in an official Tweet 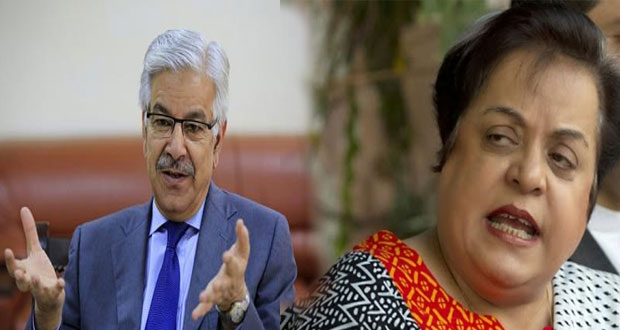 Back in time, the minister spoke loudly in Parliament of Pakistan and used the same term for Shireen Mazari. Obviously, it invigorated sheer anger and resentment from her and the opposition box. It clearly seemed like the Minister used such ridiculous remarks to throw dirt on the other party worker. But Khawaja Asif Sahab has done it again…

There is silver lining for IK, Tractor trolly & newly acquired dumper can b used for hauling political garbage..no additional effort/expense

My word… what on earth was he thinking? Who is he even referring to in particular? Of course, he mentioned the arch rivals PTI but he chose refrained from taking up names this time. Wow, as if that helped at all?

Makes quite a sense here

I can't believe someone on such an honourable position and with a lot of respect seemingly would tweet something so down low, sad!

are you a literate Defense Minister of Pakistan ? #Shame

It’s pretty absurd of someone as his stature and position in the Ministry to be using such remarks for a fellow politician. Considering this has happened again, it’s disappointing indeed. All differences aside, calling names and making such remarks is not professionalism and everyone should refrain from it on all grounds.

Khawaja Asif indeed lit the media on fire with such ridiculous remarks. It’s now circulating everywhere and Pakistanis seem equally disappointed. How do you guys react to it?

This Is An Unusual Yet Popular Method Of Schooling That Has Taken Over Pakistan
The Way This Traffic Warden Caught A Man Who Killed Someone Is An Example For Many!
To Top