After Dirilis Ertugrul, PM Khan Wants The Nation To Watch Another Turkish Series

These days, the most popular show for Muslims all over the world on Netflix, is Diliris Ertugrul. It is a Turkish drama based on the history of Muslim heroes and Islamic principles. Currently, the highest percentage of its viewership is on streaming site Netflix.

Apparently, it turned out to be that Prime Minister Imran Khan is also a fan of the drama series. Later, because of its historic storyline, PM Khan directed Pakistan Television Network (PTV) to air Diliris Ertugrul for the nation. After, its massive success, the Premier has another similar Turkish show in his watch-list which he now wants to share with Pakistanis.

Certainly, the suggested TV shows will also contribute to killing time in these quarantine days due to coronavirus. Well, the news of another Turkish show was revealed by Pakistan Tehreek e Insaf (PTI)’s Faisal Javed. Taking to his official Twitter, he expressed that PM Imran Khan now wants Turkish drama ‘Yunus Emre’ to telecast in Pakistan.

The show ‘Yunus Emre’ is basically based on the life of an ancient Islamic poet, a mystic and a poor villager. He was a Sufi, wholly dedicated to Allah and is in search of unity. Like Dirilis Ertugrul, ‘Yunus Emre’ is also one of the splendid creations of the well-known Turkish screenwriter Mehmet Bozdag.

….for unity. Yet another hit created by Mehmet Bozdag is a Journey of Transformation. Yunus Emre was well versed in mystical philosophy, esp that of the 13th-century poet and mystic Jalaluddin Rumi. Serial is a great example of a meticulous attention to detail work @trtworld pic.twitter.com/svDX4Z2M2L

Islamic knowledge for those who seek

Indeed, it is quite relieving to see that Pakistan has a leader who is more concerned about the nation’s future than anything else. Airing such Islamic shows will only enhance the understanding of Pakistanis regarding the religion. Most importantly, such content will also increase Islamic knowledge instead of promoting religious extremism among the masses. 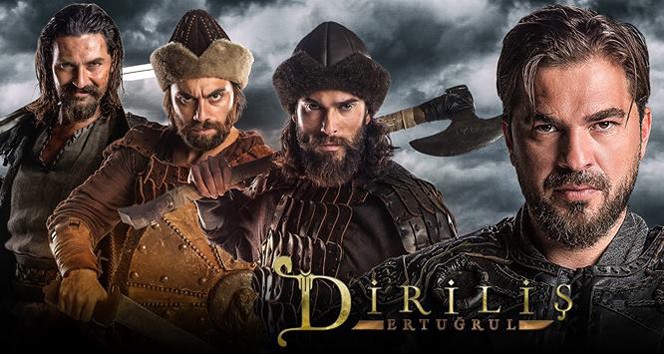 This step comes as a backing of Imran Khan’s earlier move of setting up an anti-Muslim TV channel with Malaysia and Turkey. PM Khan had talked about how rampant Islamophobia around the world needs to be countered by feeding with facts, not propaganda. However, this decision will eventually have a positive impact and will indefinitely clear several misconceptions.

Well, it is believed that like Diliris Ertugrul, Yunus Emre will also get dubbed in Urdu before release for better understanding. The show goes back to the 13th century infused with proper detailing and Emre’s enlightening philosophy. Though PM Imran Khan has not himself announced its release yet but the good news will definitely come soon.

What do you think of PM Imran Khan’s suggestions? Let us know in the comments section below!