During his speech at the Namal University, an unknown man speaks up and PM Imran Khan asks him to leave if he talks again. Frustration or anger? Imran Khan being compared to the great Khalifa Umar Bin Khattab.

Prime Minister Imran Khan, adored by millions, speaks about passion and how it drives us to do what we desire the most. However, due to some uncertain events at the fete, Khan scolds a man to leave if he speaks again.

PM Scolds a Man in Mianwali!

Social media has grown powerful during the past few years, a little news, talk a matter of minutes to get viral. Everyone has an opinion and has something to add to the happening events.

Adnan Hafeez, researcher of political economy and a social media influencer decided to bash Imran Khan this afternoon by posting a video of Imran Khan’s political address in which our PM is scolding a guy for speaking during his speech. 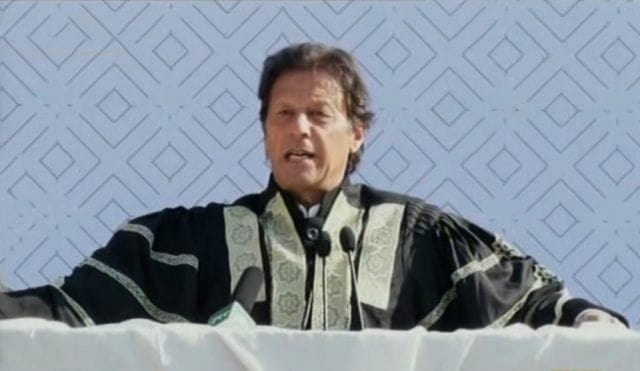 Nonetheless, no matter how much we adore our Prime Minister, he asked the guy to leave if he had the urge to speak again.

This is how the event took place with Imran Khan eventually saying, “If you feel to speak again, please go out!”

Once, Umar ibn Khattab was asked about his recent drawings from the Bait ul Maal which he had used to buy a new dress.

In response, Umar ibn Khattab, being the leader of the biggest Muslim empire of all time, calmly explained the entire situation to him. There are many renditions to this story, in which people say that he ended up gifting his cloth to the man. 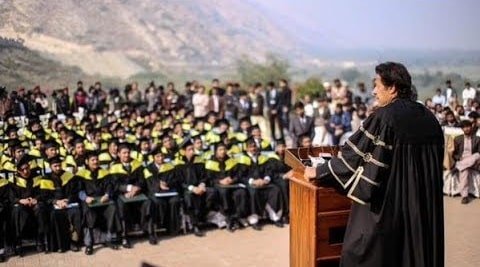 Umar ibn Khattab was known as the justest leader to ever set foot on this world. Umar ibn Khattab once claimed that even if a dog died of thirst in his rule, he would responsible for the poor soul.

He was also known to set out on nights and find families who would be sleeping on an empty stomach and he would provide them with food.

Furthermore, he was a man of equity and justice, he knew the difference between right and wrong. Also, he was one of the closest companions of the Holy Prophet Muhammad (P.B.U.H).