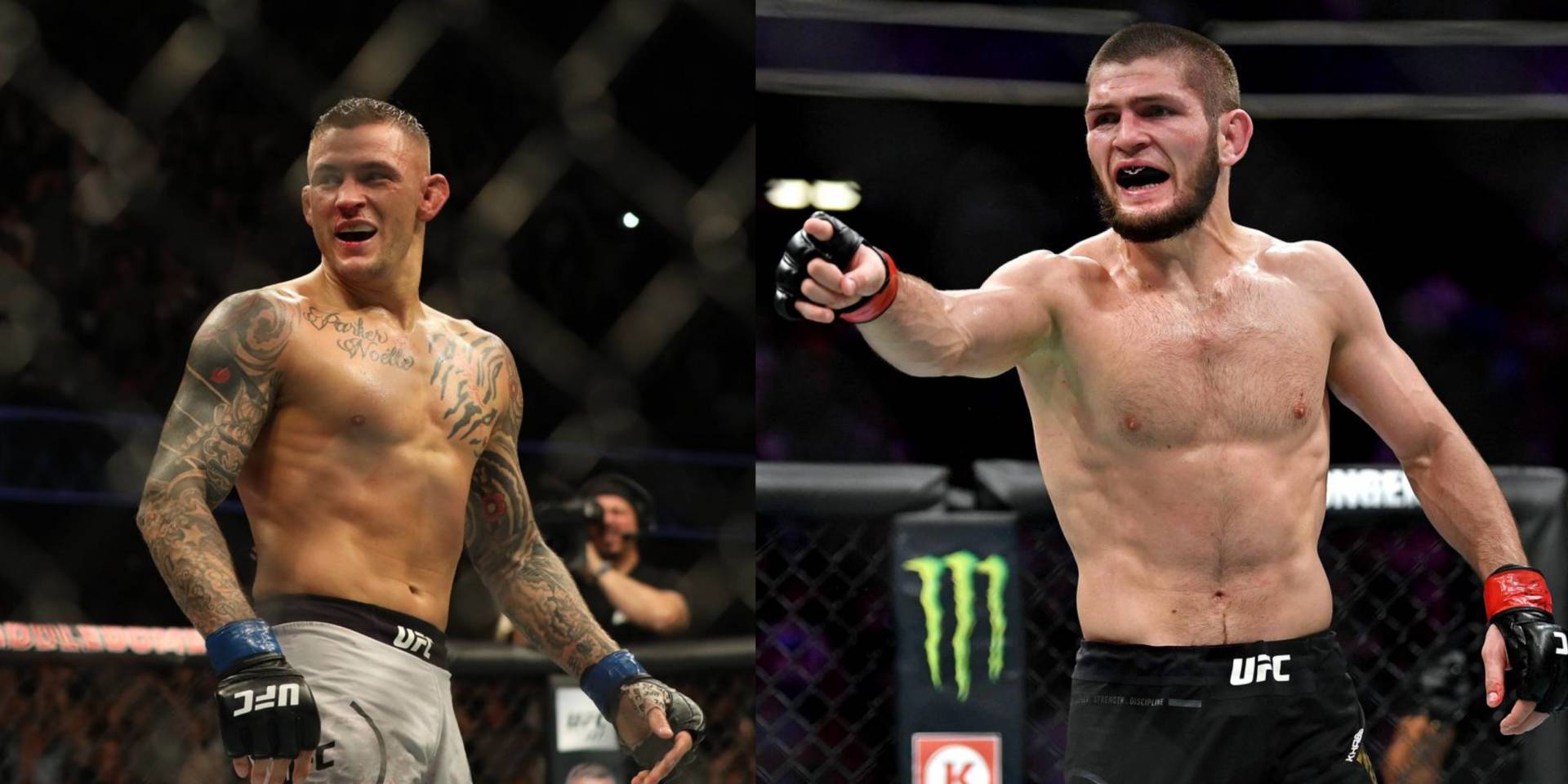 It’s right about the high time of the year for UFC fans. Khabib Nurmagomedov who was suspended for the past nine-month is back for UFC 242 match. He will be fighting in this lightweight championship against Dustin Poirier who is the interim champion. This news has taken everyone by storm.

What’s So Interesting About A Khabib Nurmagomedov Fight

Nurmgomedov has been leading the most interesting life with zero defeats in the UFC, making him the best sportsman of the world. And in his journey to becoming one of the bests he has been shaped with hard training like wrestling a bear. His father and trainer made him fight with a bear which helped him shape later in life. It sounds pretty insane but he isn’t who he is for no reason!

One Minute #BREAKDOWN: @TeamKhabib vs #BEAR.
Mr. Nurmagomedov has been wrestling a lifetime. This is fun, yes, but we are lucky to witness it. He is a Fighting Fish + smashing other men is his water. #Genius.@ufc @danawhite @CraigBorsari @ZachCandito @joerogan @TheNotoriousMMA pic.twitter.com/cbgjIvUXrI

So his fans absolutely love watching him make his wins. Because every time his fans come up to watch and support him they have faith that they won’t be disappointed. And this time they would witness him taking down another champion.

Khabib Nurmagomedov is known as the takedown machine since he has the ability to chain a variety of takedowns together. It is ridiculous how affective his top-game is. However, some wrestlers consider his top-game more concerned with control than damage.

The match between Khabib and Poirier has a very close edge. Poirier called this match a huge danger saying that he wouldn’t want Khabib to get on top of him. And his aim would be to hurt Khabib and not worry about the takedowns.

Poirier has also topped mountains in his career. He has won 22 of 30 fights pro under his belt. His 6 fights unbeaten streak is what has brought him to the title of lightweight interim. And has also been given a chance to take a shot at Khabib.

Although Khabib Nurmagomedov is considered one of the best wrestlers that the world has ever seen, Porier is least worried.

He says that consistency and self-belief have got him where he is today. To be able to come to a fight disregarding the goodness or badness of the previous day keeps him true to the path.

Also Read: Fighters Explain What It Is Like To Get Rocked And It’s Damn Scary

Porier does have bright chances to win the fight if he keeps getting back on his feet and manages to take down Khabib. Currently, his chances to win against Khabib Nurmagomedov are being considered relatively lower. But if he takes him down in initial rounds then there are brighter chances that he might win.

In Brazilian Jiu-Jitsu, Porier is a black belt. But Khabib Nurmagomedov has a record of defeating black belts as he did against Gleison Tibau and Rafael dos Anjos. Khabib has also out-wrestled fighters having solid wrestling pedigrees like Michael Johnson, Pat Healy, and Al Iaquinta.

This UFC 242 fight will take place in Abu Dhabi at The Arena at Yas Island. There we will witness the fight of the two greatest wrestlers and the return of Khabib Nurmagomedov.  All the Khabib fans are excited. But they aren’t the only ones excited as Porier says that he can’t wait and is anxious to roll in the fight week.

Who are you supporting in this fight? Let us know in the comments.

This ATM ‘Chor’ In Faisalabad Not Only Stole Cash But Also Made Hilarious Faces At The Camera!
Aamir Liaquat Is In Trouble Again After PM Imran Khan Orders Disciplinary Action Against Him!
To Top