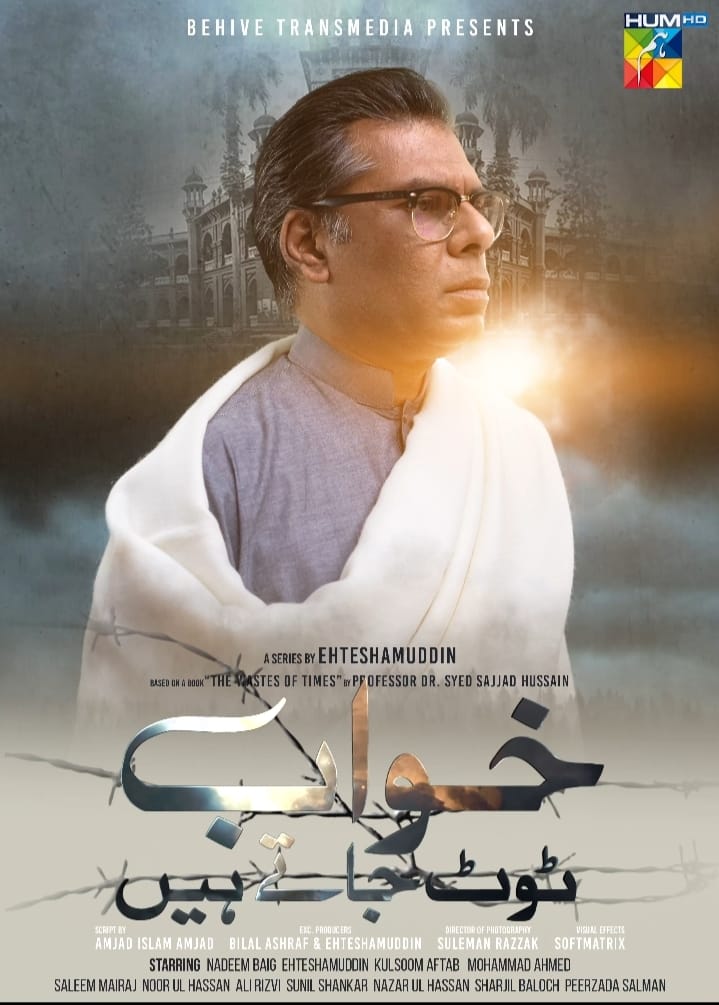 The first official teaser at Bilal Ashraf’s debut production has been revealed. We skim through the bits and pieces for clues to the series.

This December is not solely about weddings and festivals, but there is more to celebrate as actor-turned-producer, Bilal Ashraf comes forward with his debut mini-series ‘Khaab Toot Jatay Hain’ in partnership with the seasoned producer, Mohammad Ehtishamuddin. As much as the series title looks intriguing, the fact that it’s being presented by their baby venture, Behive Transmedia makes it more promising.

The mini-series is yet another addition to the plethora of films, short films, and movies produced on the events of the Fall of East Pakistan in 1971. This particular series, Khaab Toot Jatay Hain has taken inspiration from the book, The Wastes of Time, authored by Prof Syed Sajjad Hussain who happened to be the former Vice-Chancellor at Dhaka University.

What we have gathered from the trailer is nothing but pure action, thrill, and unheard facts as the series revolve around Prof Syed Sajjad Hussain, who is narrating his memories in terms of his experiences and observations during the political campaigns. This role is played by the multi-talented director Ehtishamuddin himself. With its action-packed visuals, the story will take the audience through the unfortunate happenings during the Fall of East Pakistan, unfolded by the Dhaka University Professor.

Khaab Toot Jatay Hain will not only bring back the sad realities of 1971 Dhaka but also showcase the thunderous war between two powers. One, which was plotting a campaign against Pakistan while the other was a supporter of the Ideology of Pakistan.

Based on the reflections on the decline and fall of East Pakistan in 1971, the story is written by Amjad Islam Amjad and the audience will enjoy this series on Hum TV screens soon.

One Hell Of A Ride! Spiderman No Way Home Review Spoiler Free
WATCH: Indian Mother Awaits The Return Of Her Son Jailed For Cheering Pakistan’s Victory In T20 World Cup
To Top