More than 300 people have been affected by a toxic gas leak in Keamari area in Karachi. The death toll has also risen to 14 over the weekend. Government has not taken any precautionary measures for the people yet. People are still suffering from the leakage of mysterious gas.

Over 300 people were moved to different public and private hospitals over the concerning health disaster.

Residents of Keamari have been protesting against the government. They are asking them to provide them with aid and necessary measures to deal with the situation. Dozens of protesters have been demanding answers from the authorities. 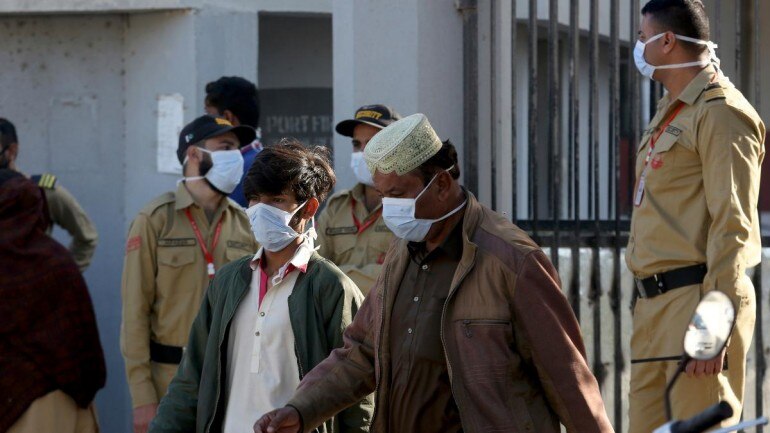 Government seems to be careless about the situation. They are trying to find the actual cause of the leakage but no preventive measures have been taken till now. Chief Minister Murad Ali Shah has also said he will make a decision on the evacuation when the need arises.

The incident happened due to overexposure of soybean dust

The source of a toxic gas leak in Keamari area remained unclear. According to recent reports, a preliminary report submitted by the International Centre for Chemical and Biological Sciences (ICCBS) at the Karachi University suggested that the incident happened due to ‘overexposure of soybean dust’.

The report which has been sent to Karachi Commissioner Iftikhar Shallwani by the director of ICCBS is based on the blood and urine sample of the affected people. The experts also collected soybean dust samples from the port area.

Speaking at a press conference on Tuesday, Sindh Minister for Information Nasir Shah said that investigation is being carried out and the result will be soon available. However, residents of Keamari area are unhappy with the authorities dealing with this serious situation.

The residents of Keamari will not be evacuated

“The residents of Keamari will not be evacuated,” Shah said.

On the other hand, Sindh health department’s spokesperson said that the authorities suspected it was hydrogen sulfide. It is a highly poisonous gas that is a byproduct of crude oil and also generated in the sewerage system.

Doctors explained that patients had complained of breathing problems, respiratory issues, stomach ache, burning sensation in eyes and a tightness in the chest.

People can be seen wearing face masks, parents were not sending their children to the schools that remained open. Shop-owners have close down their businesses while many others had decided to move their families away from the area.

Although the real cause of gas leakage is yet to be known, Police sources noted that the leakage occurred during the offloading of chemicals from a cargo ship anchored at Keamari Jetty.

However, these claims were later denied by the KPT chairperson Rear Admiral Jamil Akhtar. He said that they didn’t found any evidence of leakage from Keamari port after a thorough inspection.