The situation in Kashmir is getting distressing and our authorities do not seem to take any plausible action for the welfare of the civilians who get dragged and crushed under the entire political epidemic surrounding the situation in the disputed territory. We have witnessed many viral instances of Kashmiris being oppressed and persecuted for laying protest against oppression on them. In fact, Kashmir has become the most militarized zone in the world due to these chaotic circumstances. 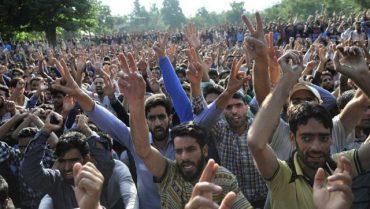 Indian army continues to incur their wrath on the civilians of Kashmir who have no choice but to fight and scramble towards the mass cruelty conducted on them. Recently, stories of ambulances being attacked by the Indian army is a mighty example of the same. What can one simply do? Kashmiris are left to face the barbarism alone. It’s another day and another time, Kashmiris face the oppression of Indian army.

Here’s the video as well. A warning can be heard saying stone pelters will meet this fate. This requires an urgent inquiry & follow up NOW!! pic.twitter.com/qj1rnCVazn

This young man was TIED to the front of an army jeep to make sure no stones were thrown at the jeep? This is just so shocking!!!! #Kashmir pic.twitter.com/bqs4YJOpJc

This video is being circulated all over the social media. People cannot control their anger and resentment towards the Indian army who seem to have no bit of humanity left. Poor civilians of Kashmir, what they have to suffer through all day is mournful and they need our solidarity at this point. It indeed raises many questions… One of the most major questions that we urge to ask our people is this:

Why don’t these so-called fighters of Islam at Abdul Wali Khan University choose to fight in Kashmir where it’s actually needed? 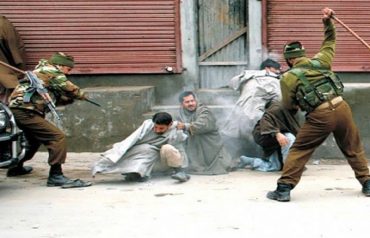 If they hail for religion and justice as their priority to maintain in the society, why do not they start off with Kashmir in the first place? CHARITY BEGINS AT HOME. They killed a person after accusing him of blasphemy, is this the only kind of so-called justice they are present to fight for? What about the innocent lives getting brutally killed, civilians crushed under a series of the fatal rampage by barbarians, aren’t they Muslims or aren’t they humans?

The situation is very sad and once again, like all the rest of the days, this incident will pass on and would become obsolete in our history and no justice would be ordered for these innocent people in Kashmir.