A freelance Kashmiri photojournalist from the Indian-occupied Kashmir Masrat Zahra received an award for the 2020 Peter Mackler Award for Courageous and Ethical Journalism.

Kashmiri photojournalist Zahra won the famous award. It was for her work covering events in Kashmir with a focus on women in the region. 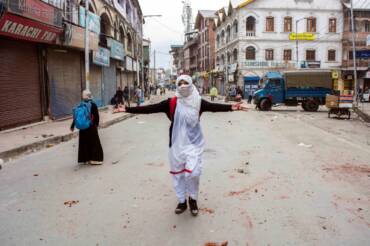 “Masrat Zahra shows the very qualities that my late husband, Peter Mackler, raised in the new generation of reporters whose path he crossed,” she said in her note.

“Masrat’s dedication to reporting the story along with her mental courage and creative approach made our choice easy”.

In a video interview with the Peter Mackler Award, Zahra from Srinagar said, “It’s our job to work and show the truth and you have to take risks to do it.” 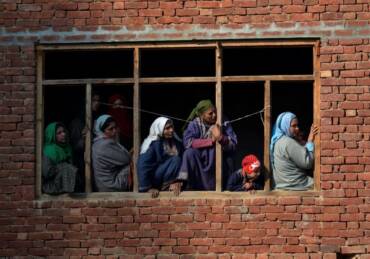 Meanwhile, Zahra felt honored to tell the stories of the Kashmiri women stuck in a conflict zone.

Indian police had summoned Zahra once and accused of spreading fake news and giving support to enemies of the state.

Around 12 AM, Police lathicharge on female Shiite mourners who took out a peaceful procession in Zadibal area of Srinagar on 3rd day of Muharram. One of the victim said, "We have our own religious belief and we aren't followers of Aga Mujtaba so we deny his statement." pic.twitter.com/SYIpvh2AOB

In late April, however, local officials charged Zahra for her work showing Indian brutality which she uploaded on social media.

Meanwhile, Zahra will be honored with the award in a virtual ceremony in New York City on September 24 this year. WOW! May continue to highlight the issues of Kashmiri women in the future as well.