Dear members of the United Nation,

It might be a surprise to you to receive a letter about the persecution in Indian Occupied Kashmir. Not because of the fact that the Indian Government has blocked all sources of communication. But because it’s an issue you’ve disregarded for so long that there’s little hope of you ever intending to solve it. It wasn’t Pakistan’s responsibility to raise this issue, to urge you to protect Kashmiris and safeguard their rights – it was yours. Yet the only response from the UN we have so far received is to ask India and Pakistan to show restraint. 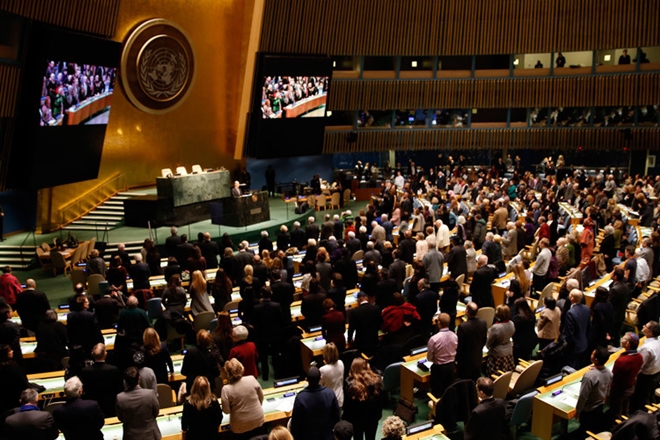 It’s actually good that you didn’t have any message for the Kashmiri people, I wonder what you could have said to them. Surely it did not alarm you when the Indian government sent 38000 more troops to Kashmir. Neither did it concern you when India blocked all forms of communication of the Kashmiri people to the outside world. Something that proved to be clear oppression of the voice of Kashmiris.

Yet, when Pakistan foreseeing a war being thrust upon her, raises the issue on an international platform, your reply was calm and simple- to show restraint, a piece of advice which India clearly rejected.

You may say that you have been observant of the entire situation. Yet, you can’t tell me the number of people who lost their lives in Indian custody in the last 10 years.

You cannot tell me how Yasin Malik is being treated in Indian custody. Neither can you tell me the number of people shot with rubber bullets in 2016. Yet during all this, the organization which vowed to stop tyranny stood by silent, as Kashmiris were massacred at the hands of Indian forces. Your silence during the entire situation proved that, to the UN, the blood of Kashmiris is not worth saving. The situation at the LOC is extremely tensed. Pakistan is being shoved towards a war which it cannot afford. The extremist mentality of the Indian government is putting the lives of Kashmiris and Pakistanis at risk. A move which will deeply injure the peace of the Subcontinent. Your silence over this critical situation is outrageous. Today as Pakistan stands alone in voicing the brutality of the Indian military in Kashmir, you choose not to stand by Pakistan but to remain neutral. Even if it means being blind to the shameful behaviour of the Indian Government. With the curfew imposed, all communication lines cut and constantly uprooted from their homes by force, Kashmiris have to survive it all. They have to suffer as the world stands by-silent, neutral, criminal.

Also Read: Donald Trump Calls For Mediation On Kashmir Between Modi And PM Khan, But He Might Have Betrayed Pakistan!

My intention of writing this letter is not to inform you of your failure to protect the rights of the people of Indian Occupied Kashmir. But it is to request you to fulfil your duty in safeguarding the rights and freedom of the Kashmiri people.

The UN is the strongest and most respected organization in the world. With the resources that the UN possesses, it’s your responsibility to pressurize India into accepting the right to freedom of the Kashmiri people. India has violated the UN resolution and yet no one stood up to question her actions. India has proved that to her, Kashmir is just a profitable piece of land with no regards for the Kashmiri people whatsoever. To consider this an internal problem of India is preposterous as Kashmir was never a part of India. 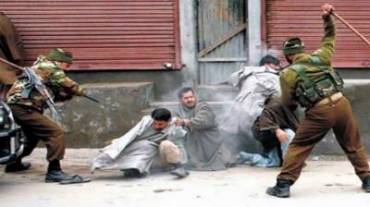 You understand the consequences of removal of Article 370 from the Indian Constitution. The Indian government can now forcibly settle Hindu population in Kashmir, surgically changing the actual population. This complete violation of the Right of Self-Determination of the Kashmiri people is criminal. Undoubtedly, it will have catastrophic consequences for the Subcontinent. Don’t let Kashmir be another Srebrenica tragedy. Take action now! Give Kashmiris their right to self-determination.

The scars of the Kashmiri people are not those that can be forgotten.

There are graves of people with names but no bodies because they never returned. These bare, empty graves have “Martyred under Indian custody” written on them.  there are mothers still waiting for their sons to return against all the odds. 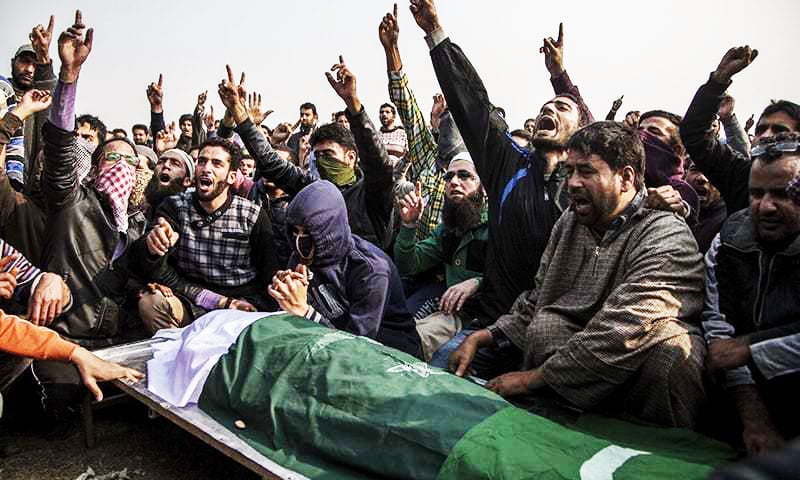 You cannot silence a nation like that. We will keep shedding blood if that is what it takes to stand our grounds. If the world wants to watch in silence then let it be. But remember, today I use a pen to reach out to you, to remind you of your responsibility towards Kashmiri people and to ask your help. Tomorrow if a boy raises a gun, after losing all hope of help from the world, don’t call him militant as India does. Call him what he is – a freedom fighter. How long do you expect us to wait for salvation from the world when all we hear is silence?

This Pakistani Girl Explains How India Brutally Betrayed Kashmiris!
[POEM]- My Mother And I
To Top