Kashmir The Band Promotes Their New Song ‘Pari’ Which Talks About Depression And It Can Change The Stigma around Mental Health|Parhlo.com

Pakistan’s favorite Kashmir The Band, has released their brand new song ‘Pari’ along with a stunning music video. The song is normalizing depression and is promoting the message that depression is common. Moreover, the band is challenging the citizen’s mindset by presenting depression in a positive light and not determining it as a burden.

We are more so surprised by the music video that genuinely portrays mental health and how music can have a profound impact. The music video starts with a young girl suffering through a depressive period. Then she gains her energy back by listening to the band’s song. People find comfort through music and the band took well thought of that because that is what they achieve through their music as well.

How The Song Came Together:

The song has a positive vibe to it that encourages a person to push forward; it seems like a silent motivator. The lyrics are written by the lead vocalist Bilal Ali himself. 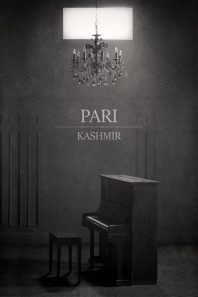 Then the band included a sweet note regarding the song and how it all came together. They said, “Pari is a song written by Bilal in hope of helping someone extremely dear to him during a very difficult stage in their life. It was an outlet and a glimmer of hope for them, and it worked,” they further mention “The song is undeniably important to each member of the band, and during the composition of it, we poured our emotions into it, understanding the weight of the lyrics.”

The note continues on, “We all know someone who has gone through or is going through similar stages in their lives, or we have been in a situation similar ourselves, and we know how hard it is to talk about it. We dedicate Pari to everyone, especially those in need, especially those who feel like they’re alone. You aren’t.”

Kashmir The Band is so popular that we didn’t even see them rising to fame! They started in 2012 to see fame in 2017 when they won the “Pepsi Battle of the Bands” Season 2. They have jaw-dropping tunes and stable vocals that make their performances a wondrous experience. After gaining so much fame, Kashmir is using their platform to encourage important issues and bringing them to light.

Why Is Mental Health Important?

Living in a country that focuses on the outside appearance of the person rather than what goes on inside, we can be really ignorant regarding mental health. Many parents don’t even understand the concept behind it. They just think that the child is acting a certain way for attention or because the ‘internet was a great influence’. Wouldn’t it be great to get depression or anxiety whenever we wanted to? Yeah, controlling it like a switch. But that doesn’t mean that the internet or social media doesn’t play its part in developing a clouded mental health.

Pakistani’s are still confused about the question of why is mental health important. Many can’t wrap their mind around the idea that it isn’t furthering away from religion. Mental illnesses don’t mean that you are not close to God but its normal phenomenon that ANYONE can fall victim too.

It’s like we only believe mental illness to be true when we see our loved ones take their lives. Until then, we are stuck in this loop of ‘this is just a phase’. Many Pakistani elders think that spending money on therapy is a waste and that having friends or family is enough. This is how we trivialize such an affecting issue. Would you stay at home and expect your broken foot to heal over time? Absolutely not. So, why is treating your mental health like a second option, as if it can be fixed….easily.

We are ashamed to seek therapy and even suffer silently because “log kiya kahen geh”. This is a phrase that affects every corner of our lives and obviously it has creepily made its way to our mental health issues as well. Mental health in Pakistan is a taboo, a stigma, and most importantly something people feel shame for.

The amount of pressure students have to bear just to work well in schools, colleges, and universities. They have to constantly prove themselves as competent in front of their peers, parents, and teachers. It is a dangerous situation to be in and if you’re there for long then your mind can go to a really dark place. During our school years, Pakistani parents put a lot of responsibility on us. They force us to succeed and get A’s for days. We even have to pursue a career we don’t even want to continue! That itself clouds our mind. So, falling in the pit of a dark mental state isn’t uncommon nor a taboo.

Parents tend to blame their children for using drugs or any other such addictive alternatives. But they barely understand why they are doing them. Yes, drugs are wrong and shouldn’t be encouraged. However, we are only focusing on the drugs rather than the reason the youth has increased its rate of usage. Poor mental health results in finding a comfort through something else. So, without proper professional help, people end up reverting to dangerous relaxing mechanisms.

If we can understand the significance of mental health and try to be of help to the people surrounding us, then we can definitely strive for a bright Pakistan.

Mental health awareness and exposure is important to every individual despite the age. You should know the symptoms and causes of certain mental illnesses so you can always look out for your loved ones. It can take us literally nothing to educate ourselves on matters that can save lives.

What Kashmir The Band is doing is spreading awareness. They are claiming that depression is normal and people need to seek help for it. We shouldn’t be ashamed that we’re depressed. It doesn’t mean we’re weak or lazy, it is a certified illness and finding treatment for it should be natural.

Have you seen the music video? Comment below what you think of it!

We Asked Pakistanis About “Izhaar-e-Mohabbat” In Public And The Answers Were Too Much To Handle!
Pakistan Army Is Making Us Proud After Winning The International Military Drill Competition In UK!
To Top