Brutality by the Kashmir police over the civilians is going way too far. It is absolutely condemnable how they kill and mutilate the innocent civilians who lay protests against the Indian forces for their brutality over Kashmiris. Every now and then, one can get to hear instances and stories of police brutality over innocent Kashmiris.

Kashmir is the most militarized zone in the whole wide world. Civilians continue to get crushed under the brutality waged by the armed forces of India. You must have heard about the story of a 14-year-old girl who lost her sight after becoming a victim of Kashmir police’s violence. 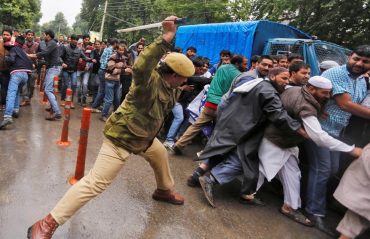 Well, many examples continue to entail the horrifying prospect of persecution on innocent civilians for ages. One story is never the beginning, neither it has ever been the end. It continues, it outpours, diminishing life, tainting humanity’s values and basically forcing our hearts to wrench out in distress. Do these people have no heart? 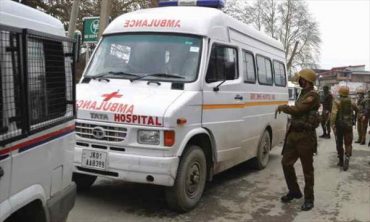 It is not the first time an ambulance has been harassed by the police forces. On Tuesday, 29th of March, an ambulance driver by the name of Sajjad Ahmad was carrying a local inhabitant, Zahid Rashid’s body to the deceased’s hometown in Chadoora.

The police stopped him, forcing him out of the ambulance. Sajjad ran a risk of giving away the deceased’s body to the police, which is why the hospital advised against him escorting the dead body to Chadoora. The windshield of the ambulance was damaged, he was stopped at many points by the police. 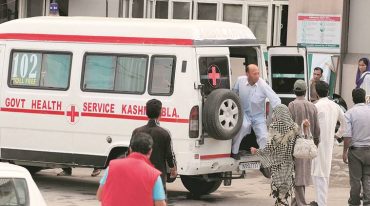 Ambulances are meant for everyone. No citizen ever is exempted of being carried in an ambulance. They are simply doing their duty and they are brave enough to still operate in a war struck and the chaotic land of Kashmir.

Kashmir’s police’s antics are absolutely deplorable. They need to get a hold of themselves and stop terrorizing innocent civilians. Protests are only led in retaliation against their cruelty. Innocents lives are killed and humanity is being let down.

Share
Tweet
Share
Share
Email
Recent Posts
Trending Posts
Urdu
How Sahir Lodhi’s Debut Movie Raasta Is An ‘Unusual’ Copy Of Bollywood, Let’s Find Out!
Careem Trolls Its Customers On April Fools’ Day In Style And People Can’t Get Over It!
To Top