Ever since PM Imran Khan announced that Pakistan would let Indian Sikh pilgrims across the border, the community has rejoiced. 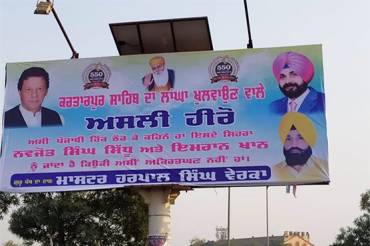 With only 3 days remaining in the corridor’s opening, Indian Sikhs have been hailing PM Imran Khan as a hero.  A poster in Amritsar reads: “Navjot Singh Sidhu and Imran Khan are the real heroes, for opening Kartarpur Corridor.”

Since Navjot Singh Sidhu already had an idea about being invited, he had written to the CM of Indian Punjab and as well as the External Affairs Minister. Sidhu demanding permission to go to Pakistan and attend the event. 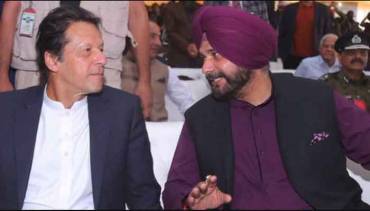 In addition, Sidhu’s application reads: “It is brought to your kind notice that I have been invited by the Pakistan government. For the opening ceremony of Kartarpur Corridor on November 9, 2019. As a humble Sikh, it shall be a great honor to pay obeisance to our great Guru Baba Nanak. On this historic occasion and connect to our roots. Therefore, I may be permitted to visit Pakistan for this auspicious occasion.”

After years of fighting back and forth, on October 24 Pakistan and India finally agreed to open the Corridor. The opening has been annexed three days before the auspicious 550th birthday of Baba Guru Nanak.

However, not just Sikhs from India, but followers of the religion from all over the world will be attending the grand event. Additionally, for Pakistan, the Corridor will serve as a minute economic boost. PM Imran Khan said that the Gurdwara will strengthen the economy. Along with creating jobs for locals, promoting religious tourism and show Pakistan’s hospitality.

Moreover, the best part about the Kartapur Corridor opening? It is that Sikhs from around the world will be able to visit the Gurdwara without having a visa. Baba Guru Nanak’s shrine is considered one of the most sacred places for Sikhs.

Furthermore, the Govt. of Pakistan will be charging $20 per pilgrim per visit as service charges. “5,000 pilgrims shall be permitted to visit Gurdwara Kartarpur Sahib through the Kartarpur Sahib Corridor. On any given day, with an additional provision for more pilgrims on special days including Gurpurab, Baisakhi, etc., subject to capacity,” the agreement says.

Last but not least, according to experts, Pakistan will be generating revenue of $100,000 per day from tourists at the Shrine, which will be open 365 days a year. This means the government will be making around $37 million per year just from the Kartarpur Corridor opening.