Karan Johar Became A Father Of Twins Through Surrogacy 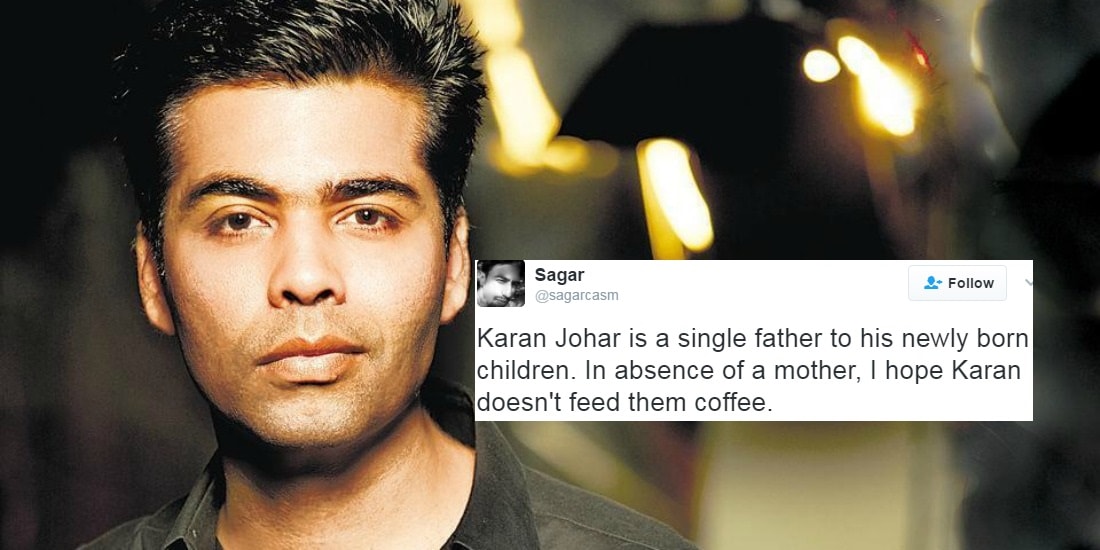 Through the marvels of medical science, almost everything is possible in this world. Proving this statement is Bollywood’s veteran film producer, Karan Johar, who just became a father of twins, a girl and a boy with the help of medical science.

Yash and Roohi, Karan Johar’s children, were brought into this world with the help of a surrogate mother. At times, dubbed as the king-maker in Bollywood, Karan Johar’s sexual orientation is pretty much known by all, which is why he does not need to get into a pretentious marriage for the sake of what people would say. Karan’s step of having children without a wife pretty much confirms everything that has been heard in the past. 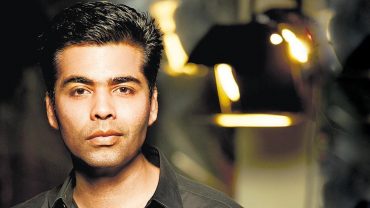 Karan Johar took to Twitter and released a statement that announced the birth of his twin children.

“I am ecstatic to share with you all the two most wonderful additions to my life, my children, and lifelines;  Roohi and Yash (also his father’s name).  I feel enormously blessed to be a parent to these pieces of my heart who were welcomed into this world with the help of the marvels of medical science.

This was an emotional yet well thought out decision which I have taken after considering all the responsibilities and duties that come with being a parent. In order to arrive at this decision, I have prepared myself mentally, physically, emotionally and logistically to ensure that my children get all the unconditional love, care and attention from me and mine. 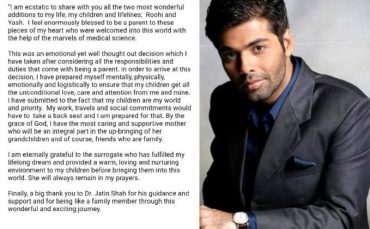 I have submitted to the fact that my children are my world and priority.  My work travels and, social commitments would have to take a back seat and I am prepared for that. By the grace of God, I have the most caring and supportive mother who will be an integral part of the upbringing of her grandchildren and of course, friends who are family.

I am eternally grateful to the surrogate who has fulfilled my lifelong dream and provided a warm, loving and nurturing environment to my children before bringing them into this world. She will always remain in my prayers. Finally, a big thank you to Dr. Jatin Shah for his guidance and support and for being a family member through this wonderful and exciting journey.”

This is how the internet reacted to Karan Johar’s blockbuster news!

KARAN JOHAR IS A FATHER TO TWINS, HIS OFFICIAL STATEMENT

Karan Johar is a single father to his newly born children. In absence of a mother, I hope Karan doesn’t feed them coffee.

Karan Johar becomes a proud father, get ready for more gay jokes & judgement on his sexuality by ignorant people ????#karanjohar

Congrats @karanjohar for brave thought process. Surrogacy is paradigm shift and glad #KaranJohar for influencing others to change mindset

How is Karan Johar becoming a father worthy of front page news? And why was the news of Sikh man’s killing relegated to the inner pages?

We, from across the border, wish Karan and his family good luck with the step they’ve taken. Also praying that the people of India come forth and accept Karan’s decision, as he has brought two new lives into this world.

Male Models In Pakistan And The Taboo Of Casting Couch In The Country’s Fashion Industry!
Our Desi Gora Alan Wilkins Spoke Some Fluent Urdu And Got Us Emotional During The PSL Final
To Top