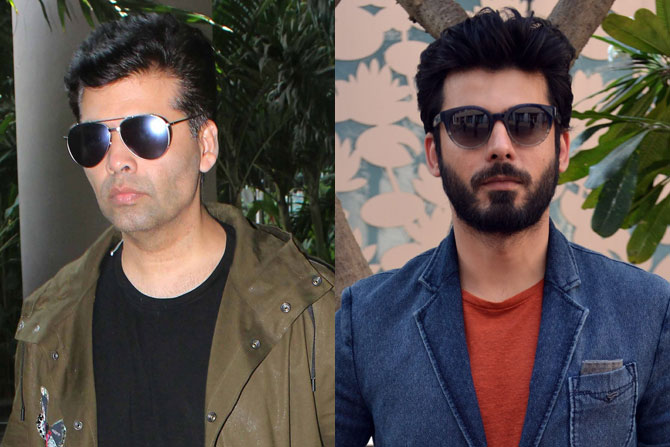 The letter written by Indian journalist Soumyadipta Banerjee didn’t keep any hatred for Pakistanis in the letter he published addressing to Fawad Khan, who happens to be one of the leading roles in Karan Johar’s upcoming film, ‘Ae Dil Hai Mushkil‘.

Following the warning to leave within 42 hours, a number of Indians were showing support towards our locals.

If Fawad Khan is working in India on a valid visa then that is it. You are not doing any upkar on him. He is working and getting paid.

we indian love you #fawadkhan .. best wishes for you

While Pakistani entertainers working in India were targeted, Indian producers and directors for hiring the locals also caught the dust. This included one of the best directors and producers in India, Karan Johar.

Fawad Khan was a leading character in K Jo’s Kapoor and Sons and the movie did well on the box office. Ae Dil Hai Mushkil has caught a lot of attention, but due to the recent events between two countries, Karan Johar is being questioned for choosing to work with a Pakistani actor.

“His heart bleeds for the lives lost in the Uri terror attack and he understands the anger in the country but boycotting artistes from Pakistan is no solution to terrorism, Karan Johar told media.” – India TV news

My country My pride India
Don’t u dare to support pakis they all r same
Barkha Sudhar jao pic.twitter.com/s6YBvsAwMa

Thank you @BDUTT for always being there for us.

Given his statement, Indians were not so happy

Now that @karanjohar has taken a stand in support of Pakistanis, he should not complain if his films bomb in India due to boycott call.

Every Pakistani Hate India @karanjohar but some boot lickers invite them here, Lots of talented artists in India unemployed#KickOutPakis

Difficult to understand that we must pressurise Pakistan in every which way?

Is india short of talent,that we need to import artist 4m enemy state..@karanjohar get them 4m IGT not pakistan #SayNoTopakArtists

Given that an artist’s job is to work, borders don’t matter, but hatred does.