Security alerts are a serious matter that can often turn out to be massive hoaxes when debunked. Such rumors are spread in order to create panic, instability or sometimes even a paradox in the minds of people. Living in Pakistan, anyone can relate to how a little rumor can expansively spread when it comes to creating panic. Locals are very responsive towards anything that is spread on a written document before it turns out to be either fake or a deliberate hoax. Any trending news can also turn out to be fake and we have many tools to identify exactly how a news can be fake.

Social media is an incredible platform to voice out about a subject. On the flip side, rumors that do not get properly scrutinized for their authenticity can create a massive panic. Just now, there is a document being shared all over the social media about a security threat in Karachi.

Here is the document that has got people talking 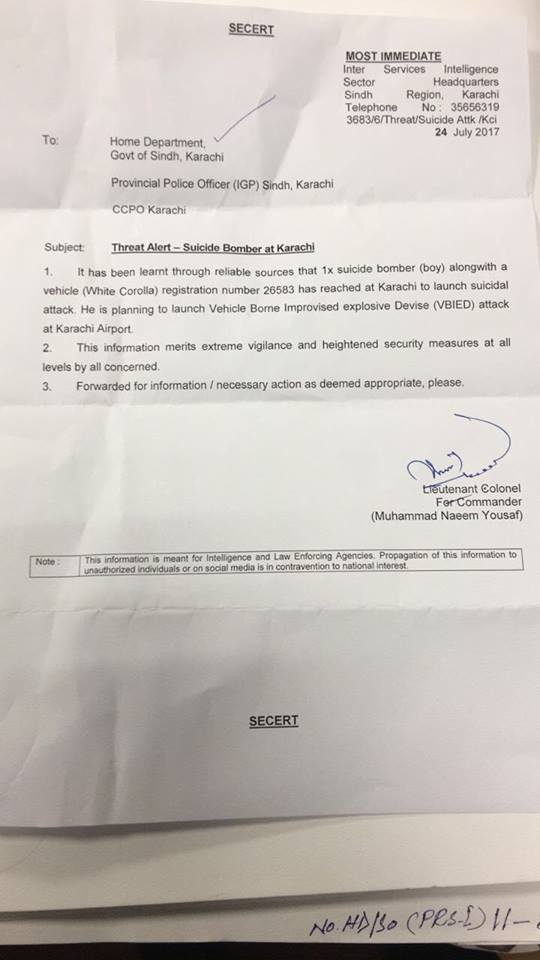 It has been shared almost everywhere now. Some people are believing it to be true. Forums, groups, almost everywhere, this document has created a huge panic. People are growing concern and before the panic outspreads, we need to shed light on a few facts that might question its authenticity.

It is written in bold. Seems like, somebody did a bad job here. They actually used an old document and the date “24” is not actually written with month and year, it seems copied and pasted from some other source. 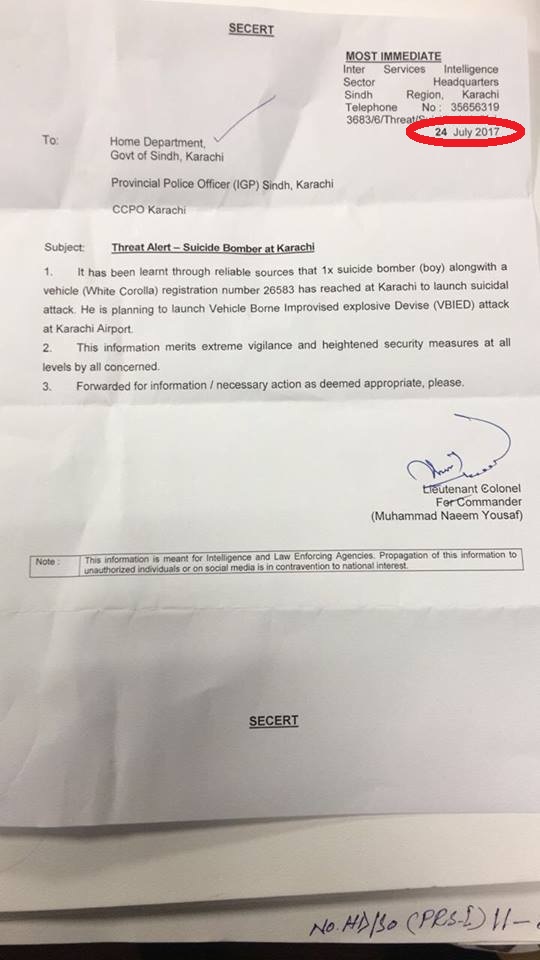 Who actually spells “Secret” like that? And put it up as a heading? 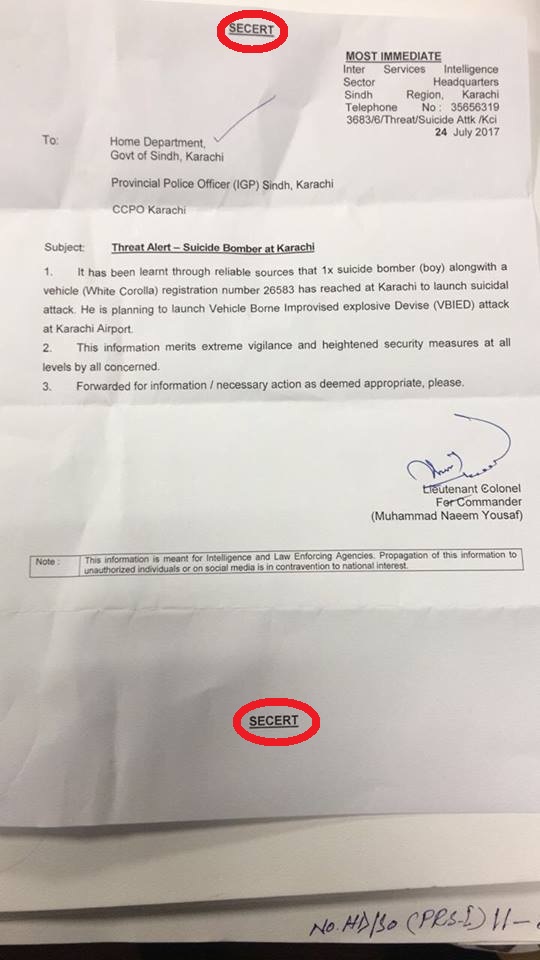 If such a document was prepared, it would not be easily leaked. At least we know how vigilant and strong our great law enforcement agencies of Pakistan are; they would never even let the slightest of a hint of such an alert, even by mistake. However, anything can happen; this document could also be real, it is hard to put a decisive conclusion.

Let us hope our city Karachi remains safe and all the people. We believe and trust the accountability and strength of our law enforcement agencies who are engaged in commendable efforts maintaining peace and security nationwide.

Another Indian Celebrity Outrageously Rants After “Being Bothered” By the Azaan
Meera Jee Denies the news of Competing Against Imran Khan and That’s Upsetting!
To Top