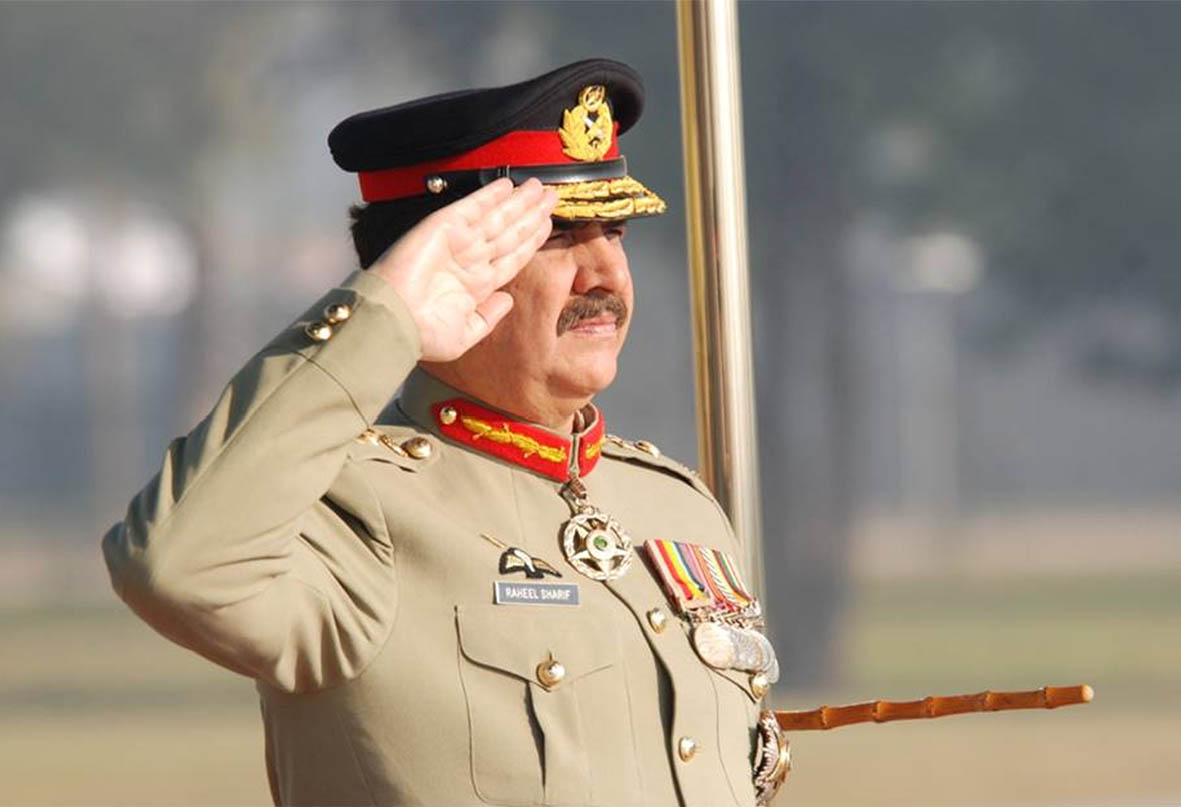 Karachi’s law and order situation had been a nuisance for citizens for far too long. People increasingly felt threatened and always had safety and security as their major concern of should they go out and about the city? But today, things have changed, all thanks to General (r) Raheel Sharif.

Crime rate increased exponentially in the past decade. The rate at which crime progressed in Karachi was a worrying fact. People were not only scared for their belongings but their lives as well since target killing skyrocketed. A day would not pass until we heard of a man killed or theft prevailing in the city.

In fact, crime became a plausible reflection of life in Karachi. Everyone was forced to get used to it and take counteractive measures on their own.

The law enforcement agencies remain obsolete all the while Karachi bled. No proper plan or strategy to negate the increasing crime in Karachi was introduced. Our concerns were left unattended and our security as citizens was compromised.

We lost many belongings bought from hard earned money to crooks while equally lost credible people in the name of target killing. Everyone only sought to blame others for the appalling situation in Karachi. No one ever took responsibility. Citizens were forced to be their own guards and had to adapt to individual measures of security.

It was until former Chief of Army Staff, General Raheel Sharif, took charge and introduced a plan for controlling the deteriorating law and order situation in Karachi.

A report conducted by a British magazine reveals that the crime rate has dropped massively in the city. Only 3 years ago, the city was ranked 6th most dangerous city in the world. Today Karachi has dropped from the 6th to the 31st, all credited to General (r) Raheel Sharif who introduced the Rangers Operation under the command of Major General Bilal Akbar. The sectarian killing has also been dropped in 2016. In 2013, the number of Shia community people being killed was 38 and this year it has only been two-third of that number. Meanwhile, extortion cases were around 533 in 2013 while today in 2016, there only have been 133.

Without a doubt, the operation held in Karachi has produced remarkable results and drastically improved the security situation. We are forever in debt to General (r) Raheel Sharif for laying great emphasis about the galloping issue of security of the citizens.

We shall see further improvements in the situation as his legacy must continue.

Burma Lacks Shame – Soldiers Continue To Torture Rohingya Muslims
Molestation Scars You For Life, And There’s No Way You Can Forget It…
To Top