It is easy to claim that all modern cities just look similar to each other. All these cities put up great shows of social, political and cultural developments coupled with high skyscrapers, health and education facilities, job opportunities, and a lot more. ‘Lights’ and ‘colleges’ further ‘illuminate’ these cities and the ‘minds’ of their citizens.

Karachi and Lahore are just names of the cities. Whenever we talk about a city, we actually talk about its citizens. Like we consider population, traffic, social welfare, and institutions – all of which tell us a story about the life of the people who live in a particular city.

Let’s move on to discuss Karachiites and Lahoris: their histories, their lifestyles, and their infrastructures.

1. Difference In The Infrastructure Of Karachi And Lahore 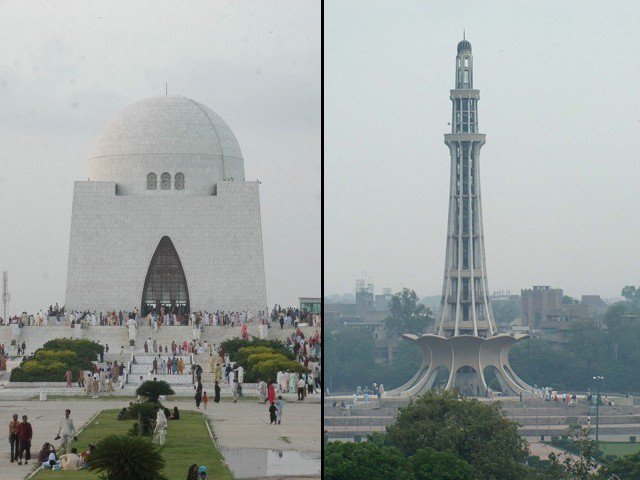 First, to give you a shock, considering Lahore a mega-city is skeptical. We do so because it has given shelter to the highest number of citizens in Pakistan, after Karachi. Megacity demands skyscrapers, wide roads, cultural diversity, industries and much more. Unfortunately, Lahore is far behind in having all of them with the quantity Karachi possesses them. Karachi wins.

Lahore, in contrast to Karachi, is ethnically less diverse, less populated and has fewer industries, making it more peaceful, healthy and an equitable city. Lahore wins.

2. Transportation System Of Both Cities

Second, Lahore has a splendid local transportation system in the form of bus systems like Metro, Daewoo, LTC (Lahore Transport Company) and local wagons. In contrast to Lahore, local buses of Karachi are wrenched and traveling in them is unsafe. So, when it comes to the transportation system, Lahore is clearly a winner.

Karachi also proves to be victorious in another segment of transportation.

If you hire a Rickshawala in Lahore, he would treat you as if you are new to the city. The first demand for the money would be extravagantly high. You would have to tell him you’re not an outsider. While in Karachi, the demand is not excessively high. The Rickshawala will treat you professionally. So, Karachi wins.

Third, if you, as a group of male friends, go to a park in Lahore, they will highly welcome you. But if you do the same in Karachi, you would be stopped from going inside the park unless or until you are with your family (necessarily females). This is the most annoying experience that proves all my pre-suppositions wrong. I assumed Karachi to be more open regarding gender. But the story seems to be different.

4. Educational Institutions Of Karachi And Lahore

Fourth, educational institutions of both cities compete well with each other. Contrasting them is less significant for me. But I can name them by adding ‘vs’ between them.

5. Food Choices Of Both Cities

Fifth, food preferences of the denizens of both the cities are different. Butt Karahi, Phajjay k paye, Chaman Ice Cream are famous in Lahore. Biryani and Ghaffar Tikka are famous in Karachi. Karachiites usually like spicy foods.

Sixth, architectural developments of Lahore and Karachi possess a different history. Architecture in Karachi usually reflects British colonialism while Mughals can be sensed from the architecture of Lahore-Badshahi Mosque, Shalamar Garden, Masjid Wazir Khan, Chauburji Chowk- all of these were built by Mughals.

Finally, what makes Karachi and Lahore similar is what makes all modern cities similar: speed, materialism, cynicism, callousness. Still, Mall Road Lahore and Shahrah-e-Faisal Karachi have some parallels being the busiest roads of both the cities. Same is the case with Anarkali Lahore and Saddar Karachi; both are crowded and diversified. Natural water resources are also found in both cities: River Ravi in Lahore, sea in Karachi.

The blog is based on my personal experiences and opinion after living two years in Lahore and almost two years in Karachi.