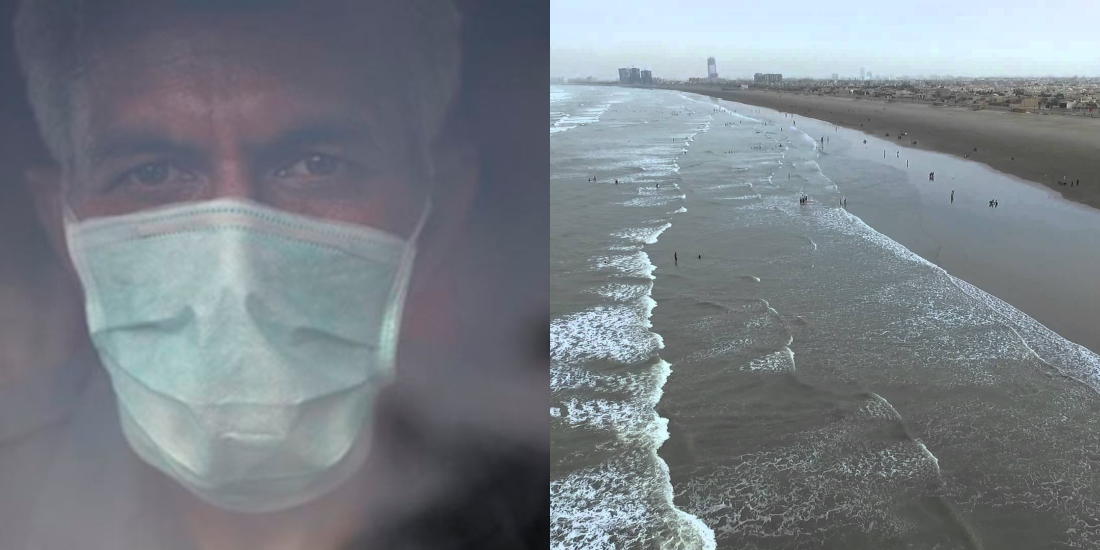 The smell. It’s deadly. Yet again, Karachi was hit with a weird smell in the atmosphere and everyone could smell it. This led to a social media outburst and people couldn’t figure out what it was.

Whats up with this absolutely rancid smell emanating from #Karachi ?

People thought it would be of burning chemicals or probably waste material overwhelming the atmosphere due to high humidity. It wasn’t even the people around you who you expected to have farted all at once. And yes, it was probably you this time. You can’t always doubt yourself, yeah?

Here’s how Twitteratis found the smell to be…

There's the weird smell in Karachi right now. Felt it at gym, now at home. People reporting same on Facebook too.

Where this ?? smell in air #karachi pic.twitter.com/qpCb57WIRe

Why is #Karachi super smelly tonight??? This sick smell of dead fish (machli truck) and farts is all over Clifton, I I Chundrigar, Saddar. What is it Karachi??? Never smelt anything like all these years. #FeelingSick

Why is there a fishy, dead-rat, cat's-poop kinda smell all over #Karachi

According to Weather Updates PK, here’s what they had to say :

We’ve been getting a number of complaints about Fishy / weird smell from many parts of Karachi from many members.

The following phenomenon is related to unusual prevailing weather conditions due to a high-pressure ridge present over coastal areas, dust and dander present over lower atmosphere and especially Sea breeze cut off as well as high rate of evaporation due to cyclonic circulation is sending pulses of rotten fish like the smell from the deep sea horizon.

The high-pressure ridge has created a buffer area of and high temperature have amplified this effect.

This situation is expected to get normalize from late tomorrow night or day after tomorrow as sea breeze will resume to full swing InshahALLAH.”

FISHY SMELL IN KARACHI: We've been getting a number of complains about Fishy / weird smell from many parts of Karachi…

The same explanation was given last time but according to WWF Pakistan, here was the correct explanation given by them…

“It was caused by the decay of small planktonic dinoflagellate called Noctiluca scintillans. Mass bloom of this small free-floating organism was reported from the Arabian Sea including the Pakistan coast. It is reported that the bloom was more prominent along the Pakistan and Oman coasts. According to WWF-Pakistan, the green bloom along Pakistan’s coast started appearing in February 2017 and continued till late May with a peak in March and April. In some areas, the sea water even turned into green soup.”

The smell has surely taken a toll on everyone and sab ki naak sarha di. Well done, Karachi.

If you’re in Karachi, can you smell it too? Let us know in the comments below.