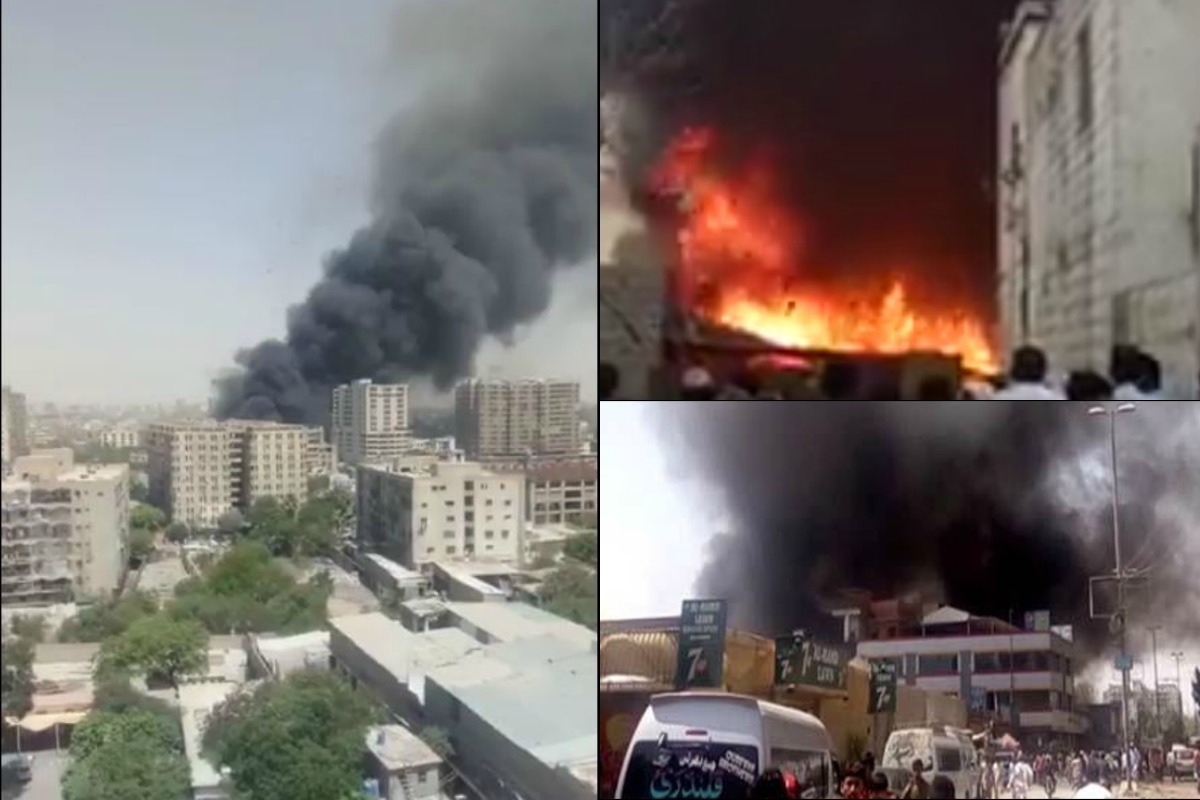 In an area where even the smallest of fires can grow into deadly ones, a flaming situation has developed which seems to be out of control. Karachi’s Saddar area is facing a dire situation as a wood warehouse caught fire, covering the whole area in thick black smoke. The situation was made worse when the firefighters arrived a bit late as per the expectations of the horrified spectators.

Close visuals of fire that broke out in Saddar, near Rainbow Center #Karachi pic.twitter.com/ymp2c2ECMR

The huge inferno erupting from the warehouse has been ranked as a third-degree flame by the fire department of the KMC, and the department has asked help of firefighters from all over the city.

#Karachi: Fire erupted in wood boxes near #RainbowCanter in #Saddar. Rescue work underway. Smoke can be seen from distance.#KHIAlerts pic.twitter.com/kQZjArVTyY

According to what Tehseen Ahmed, Chief Fire Officer, has reported, there was firework material stocked near the area of the origin of flames, resulting in a bigger fire. Several explosions have also been reported, which made the flames uncontrollable. Furthermore, piles of garbage around the warehouse fuelled the flames and added to the intensity. Eyewitnesses are claiming that a local madrassah has also fallen victim to the growing fire, however, luckily there have been no casualties till yet.

Mayor of Karachi, Waseem Akhtar, arrived at the situation and has raised concerns regarding this by claiming that if a similar fire is to break out at a different location simultaneously then, the city would not have enough resources to extinguish the two flames effectively at once. Only one area could be helped, and that is why the Mayor has planned to speak to Chief Minister Sindh, Syed Murad Ali Shah, regarding this matter.

Syed Murad Ali Shah has responded to the situation by appointing directing commissioner and deputy commissioner for the rescue operation. There is a heavy material loss being reported as well.  More information will be updated as the situation proceeds further.

This Traffic Warden From Karachi Did The Unexpected And Won Us Over!
Pakistan Sends Loud And Clear Message To Enemies With Indian Spy’s Execution Call!
To Top