There’s nothing more unpredictable than Karachi’s weather lately. Just yesterday, Karachiites could notice dark clouds hovering above the sky but no one actually thought it would rain down so heavily and abruptly. As it rained, Karachiites were enchanted by the sudden change in weather. Ask any Karachiite how much heavy rain excites them and you will know.

People scrambled towards eating pakoras and all the food delights suitable for the lovely weather. Despite the massive traffic jams and stagnant water on the roads, people still chose to enjoy the evening. It set the mood for everyone and after a few days of scorching heat taking over the city, yesterday’s rain was a big relief. Shortly after the heavy shower occurred, part of the sky and broken clouds made way for sunlight and a beautiful rainbow took over the skyline. It looked nothing like a rainbow we have ever seen before.

What a beautiful rare sight in karachi! A perfect rainbow seen after a long long time. pic.twitter.com/pbyfq60qrt

SOMEBODY HAD TO DO IT… 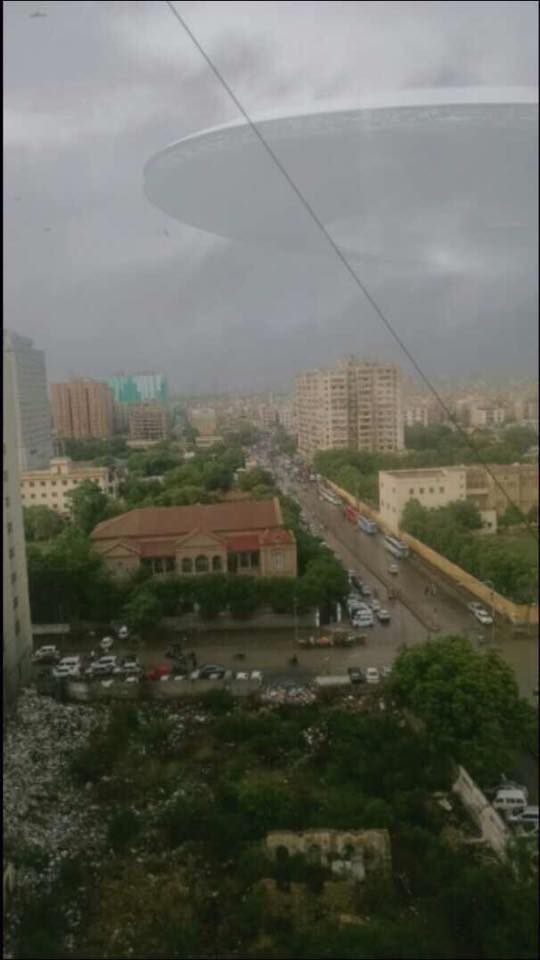 We have come across so many weird conspiracy videos about aliens, alien abductions, UFOs and what not to actually believe in the first sight that this is bonkers. I mean, seriously? Some people actually thought that a spaceship was spotted and people were able to spot it on camera. We all have done our research. We should remind ourselves of the infamous Men in Black. Although, I still somewhat believe that we are not alone in this hugely expansive universe.

There are speculations of rain again today. Let’s hope we can control our nerves while making the journey back to our homes today.

Careem Became Halaal Tinder Today and People Including a Chinese Have a Lot to Say about It
An Answer To Those People Who Keep Asking, “Pakistan Ne Hamay Diya Hi Kya Hai?”
To Top