A Policeman In Karachi Was Caught Smoking Chars In The Open And These Are Our 'Protectors'!

The law enforcement of Pakistan much like any other institution in this country is reeking of corruption and to our dismay, their moral compass was long buried in indifference to the people they swore to protect. However, the folly of several cannot be held against every personnel but with the recent horrific incidents involving the officers have led to a massive outcry that has maligned the reputation of honest and hardworking policemen.

Among several shortcomings of our police forces, another habit that has caused major concern among the citizens is their addiction to drugs. The protectors of this nation are normally not even their right mind to operate. It has been reported that most of them indulge in gutka, naswar, and other harmful drugs. 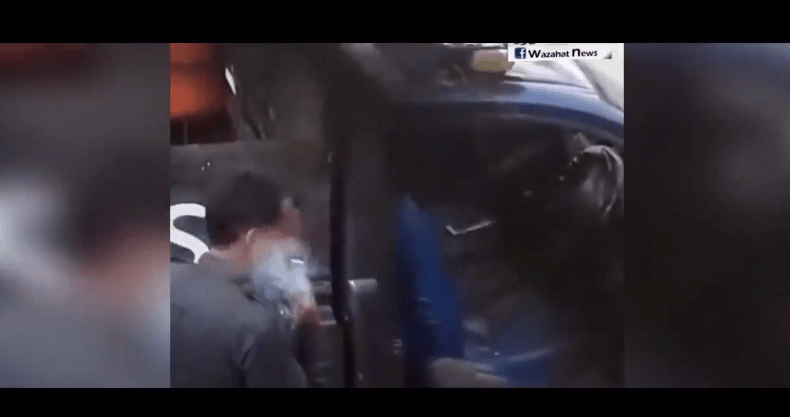 This Police Officer In Karachi Was Caught Rolling A Joint On Duty!

The saturation of such illegal activities within the organization that they are supposed to monitor among the citizens goes to show how wasted most of them are. This officer casually rolls a joint in broad daylight and smokes away while on duty.

How would you control use of drugs in the city when police officers are using drugs on-duty inside the Police van ?

This footage is proof enough to validate the reports that made rounds online claiming that the majority of the drug dealers are operating easily within Karachi under the supervision of the corrupt policemen. They must have cracked a great deal where they not only get some of the profit made by these peddlers but receive the latest batch as well.

The order specified the immediate termination of any officer that is addicted to alcohol, opium, gutka, and other chewing-tobacco products. Assitant DIG Police, Junaid Ahmed has circulated the letter order to all SSPs, DIGs and to other heads of various law-enforcing departments. Furthermore, IG Sindh Syed Kaleem Imam has encouraged his subordinates to keep a watchful eye and immediately take strict action against such officers.

They will be served notices and after an independent investigation, will be let go from their duties. Unit heads will be held responsible for not following through if any slip regarding officers still using drugs happen.

This is just a small step towards a much-needed reform within the police force of Pakistan. After the brutal murder of Salahuddin under police custody, the monstrous face of the police has been unveiled.

Oppo Just Unveiled The New A-Series 2020, And This Phone Is Just What The Young Generation Needs!
Indians Are Now Going Against Modi Sarkar’s Failures And Want Him To Step Down As PM!
To Top