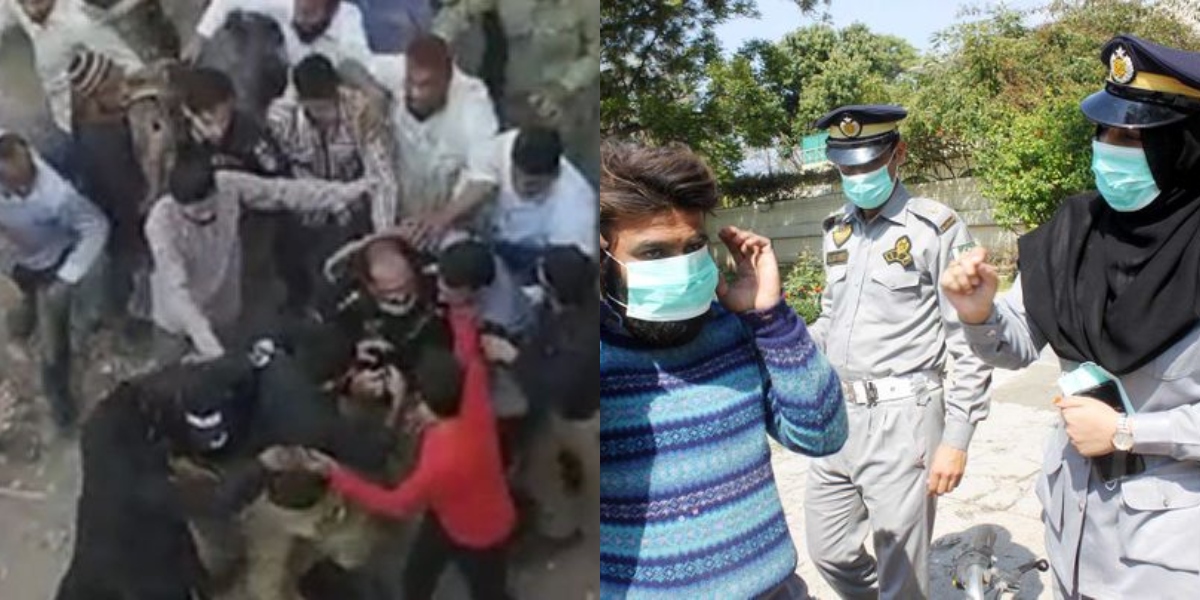 A viral video on Sunday showed an example of how Karachi’s police have strictly enforced the lockdown throughout the city.

On Sunday afternoon, Karachi Police tried to impose lockdown in the Garden area. However, there was some retaliation from the public. As a result, the police started beating the public for not adhering with orders.

Later that day, SSP City took notice of the police officers and suspended them. A tweet by international journalist Wajahat Kazmi depicted the incident.

Kazmi tweeted: “Karachi Police in action. The message is clear. Stay home and stay safe or else they are there to update the software. It’s time for the people to stop being stubborn and respect the law.”

Karachi Police in action. The message is clear. Stay home and stay safe or else they are there to update the software. It's time for the people to stop being stubborn and respect the law.#CoronavirusInPakistan #Covid_19 #COVID19Pakistan #COVIDー19 #COVID2019 pic.twitter.com/1flXR8Jrau

This was not the first incidence of public retaliation against Karachi police on the enforcement of lockdown. On Friday April 10th, a female SHO in-charge of Pirabad police station in the Orangi Town locality was attacked by a mob after authorities tried to restrict Friday congregational prayers. 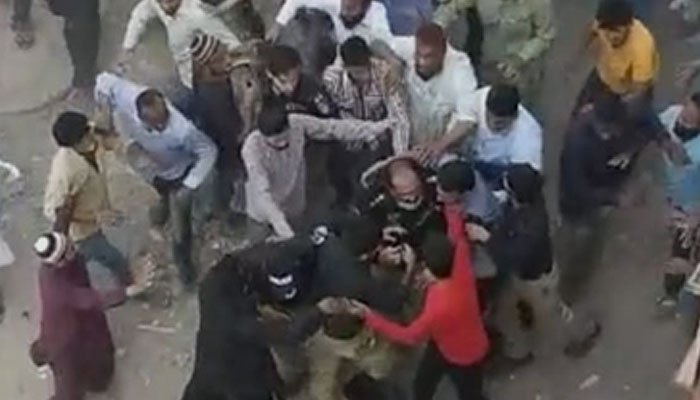 This was the third Friday after the government of Sindh had imposed a lockdown in view of the COVID-19 outbreak. Many individuals insisted on offering the Friday congregational prayers and violated the directives provided by the Sindh government. As per the orders of the Sindh government, the maximum number of worshipers at any mosque during the lockdown shouldn’t exceed five individuals.

The SHO asked the individuals present at the mosque to pray at home. Instead of cooperating with the SHO, a group of individuals started to pelt her with stones. As a result of this, the police officer received minor injuries. The deputy commissioner was of the view that this important step was in the larger interest of the public and will prevent COVID-19 from gripping its feet further.