We heard people getting mugged with guns pointed at them or houses getting robbed by a group of people when the owners are away. These are the regular kinds of robberies that take place. Then we have frauds, where people act to be someone they are not and when the time is right, they finally run away with all your valuables and money.

But Pakistan seems to be on a whole different level. Apparently, now you need to do a thorough investigation on the person you are falling in love with or you just might get heart-broken with an empty pocket and house. Yes, sir, a businessman in Karachi married a woman who he believed to be what she portrayed herself as everything seemed normal and the guy’s family even met members of her side of the family who later turned out to be mere actors and the entire thing turned out to be a major sham. 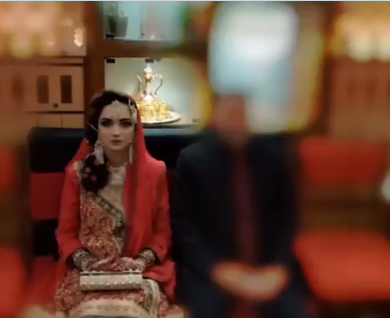 The woman (Samiya Kamran) after marrying the businessman who lived in Korangi, took off with a hefty amount of cash and jewelry. Sources say that no one would expect something like this from her as she seemed quite innocent but the reality sure stung the poor man’s family hard. The affected family reported that Samiya stayed comfortably for two months but in reality, she was waiting for the right time.

Here Are The Details Of The Unfortunate Incident!

Nothing Short Of A Dramatic Desi Movie.

It’s scary how people these days are so great at acting, convincing you of their goodness and sharafat only to give you a shock of a lifetime. No one would want to be in his shoes. Clearly, a sacred institution of marriage too is being exploited to carry out dirty deeds. The money will dry up and then they will have to move in packs again to make a complete fool out of another innocent man that is just looking out for a great life partner.

India Continues To Violate Human Rights In Kashmir Firing Pellet Guns At Jumma Namazis In Srinagar!
Indians Left Embarrassed Again After NDTV Showed Truth Of Kashmiris Not Wanting To Be A Part Of India!
To Top