Former Karachi Nazim Naimatullah Khan Passes Away At The Age Of 89!

Pakistan mourns another day as Former Karachi Nazim and senior Jamat-e-Islami (JI) leader Naimatullah Khan passed away on Tuesday at the age of 89. 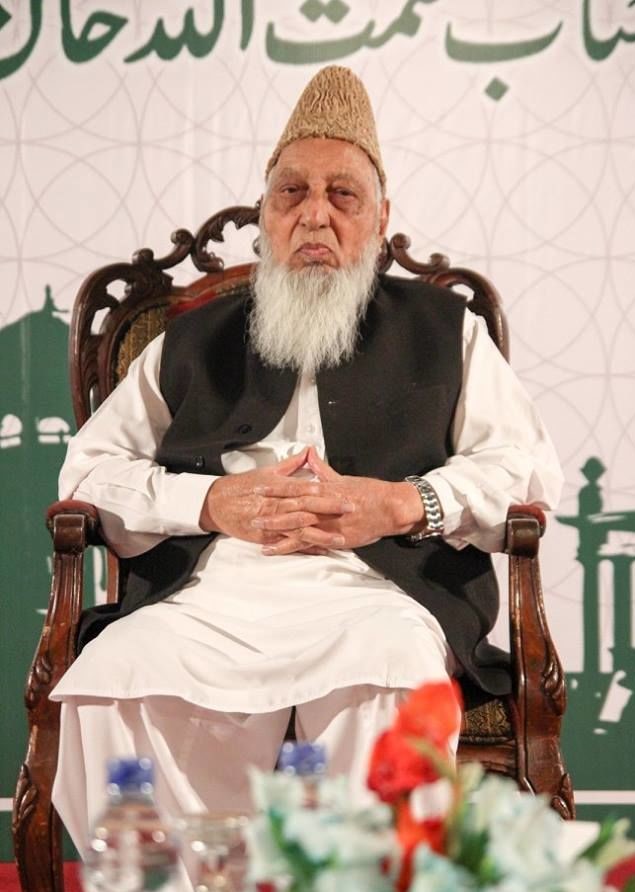 The Former Nazim was born in Ajmer Sharif (India) in 1930. He received his alma mater from the Punjab University, with a Masters in Journalism and a law degree from Karachi University.

Khan served as the 26th mayor of Karachi from 2001 to 2005. Following, he was not re-elected in Pakistan’s next local city elections. It is said that he is survived by 12 children.

Read Also: 6 Jamaat e Islami contestants that you should know about!

Nonetheless, Naimatullah was behind the task of rebuilding and renovating the city, Karachi. During his era as the mayor, he worked on uplifting the city and delivered a master plan for its development.

In addition to this, Naimatullah also started activities involving welfare, in the drought-affected areas of Thar. Moreover, for the betterment of people, he also established a hospital in the very same area. Apart from this, he commenced the public interest litigation. It was a move to curb the encroachment issues of Karachi’s parks and other prominent areas facing China-cutting. 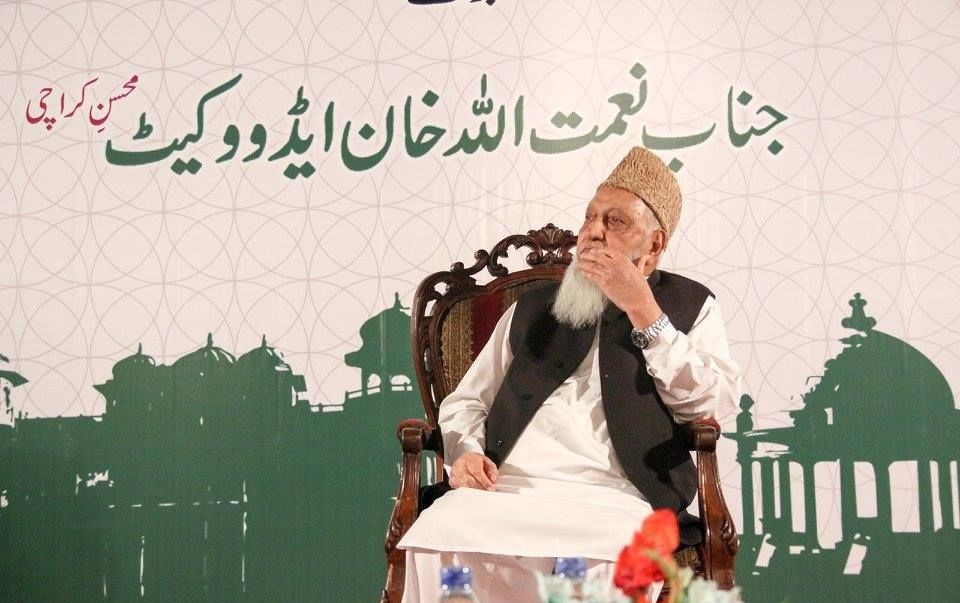 With the news of his death surfacing on social media, certain dignities, in particular, from all over Pakistan started to pour in their condolences. Regarding his sad demise, Sindh Minister for Education Saeed Ghani said we cannot forget  Khan’s services, being city mayor.

Karachi Mayor Wasim Akhtar went on twitter saying: “May Allah grant eternal peace to the departed soul, and strength to the bereaved family.”

I am deeply grieved over the sad demise of Former Nazim #Karachi #NaimatullahKhan Sahab, May Allah grant eternal #Peace to the departed soul, and strength to the bereaved family. #Karachi #JI

Moreover, President Arif Alvi also sorrowed over his passing away and prayed for the departed soul.

Among the notable dignities, senator Murtaza Wahab said: “May Allah SWT bless his soul and give strength to the bereaved family. Above all, his contributions to Karachi would always be cherished by the people of the city.”

Karachi’s former City Nazim Naimatullah Khan sb has passed away. May Allah SWT bless his soul & give strength to the bereaved family. His contribution to Karachi would always be cherished by the people of the city

Sindh Information Minister Saeed Ghani also showed grief by posting a tweet on twitter saying: “Inna lilahe wa inna lilahe rajeoon! A great human being. I had a chance to work with him as leader of the opposition when he was Nazim Karachi and I was the candidate as Naib Nazim Khi with him in 2005.”

Inna lilahe wa inna lilahe rajeoon
Great human being, I had a chance to work with him as leader of opposition when he was nazim Karachi and I was the candidate as Naib Nazim Khi with him in 2005. https://t.co/1RVzU8oDid

Last but not least, a JI spokesperson informed about the former Nazim’s funeral prayers. The prayers will take place on Wednesday, after Namaz e Zuhar, at MA Jinnah Road.

Following, the spokesperson added that, Khan will be buried after his son and daughter arrive from abroad.