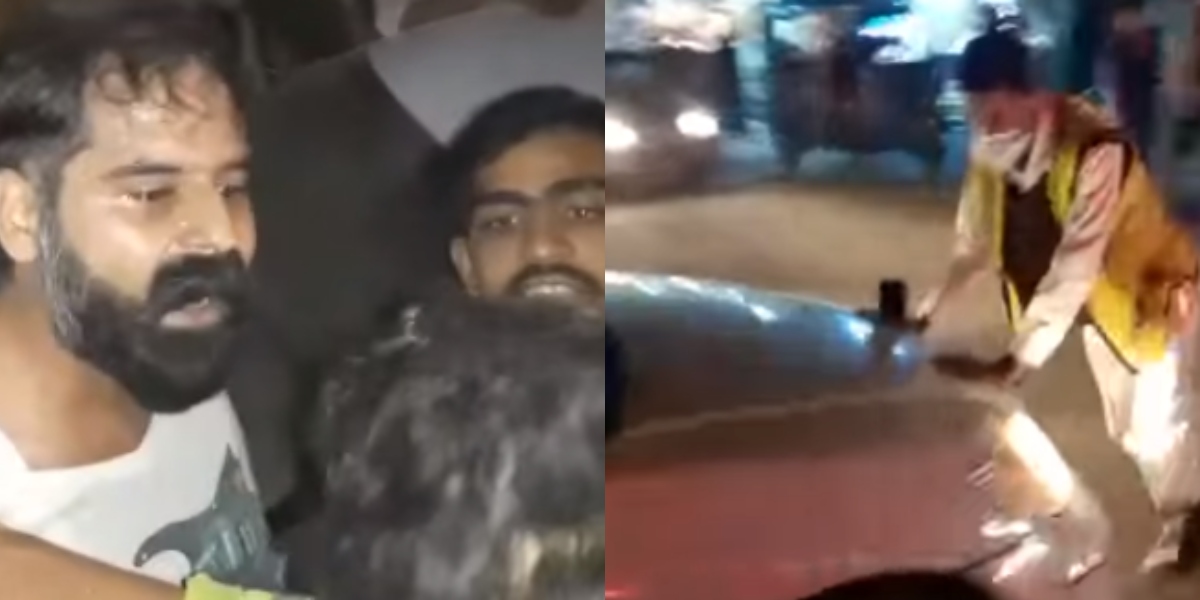 The man than came out of his vehicle. The traffic police did publicly grill him for his behavior.

He was than asked to sit at the back of his car by one of the traffic police officials as he was taken for custody.

During the fight, he grabbed the jacket of the traffic police and threw him to the ground. The angry citizen kept saying that his father was a high-ranking officer in Sindh Secretariat.

In a similar incident, a man claiming to be a colonel overpowered a traffic police when they police made an effort to stop him. He also threatened them with his status and power. But, the police took their stand for what’s right.

Issues like this illustrate how much influential citizens disrespect public servants. It keeps plaguing our local institutions. As Pakistani citizens, we should demand a strict action against the man to deter the traffic rules and for the supremacy of law.

No Shame! Bad Boy Ibsham Zahid Gives Open Threats To A Reporter Despite Being Arrested
PIA’s Roosevelt Hotel In Manhattan Will Shut Its Doors On Guests Permanently On Oct 31
To Top