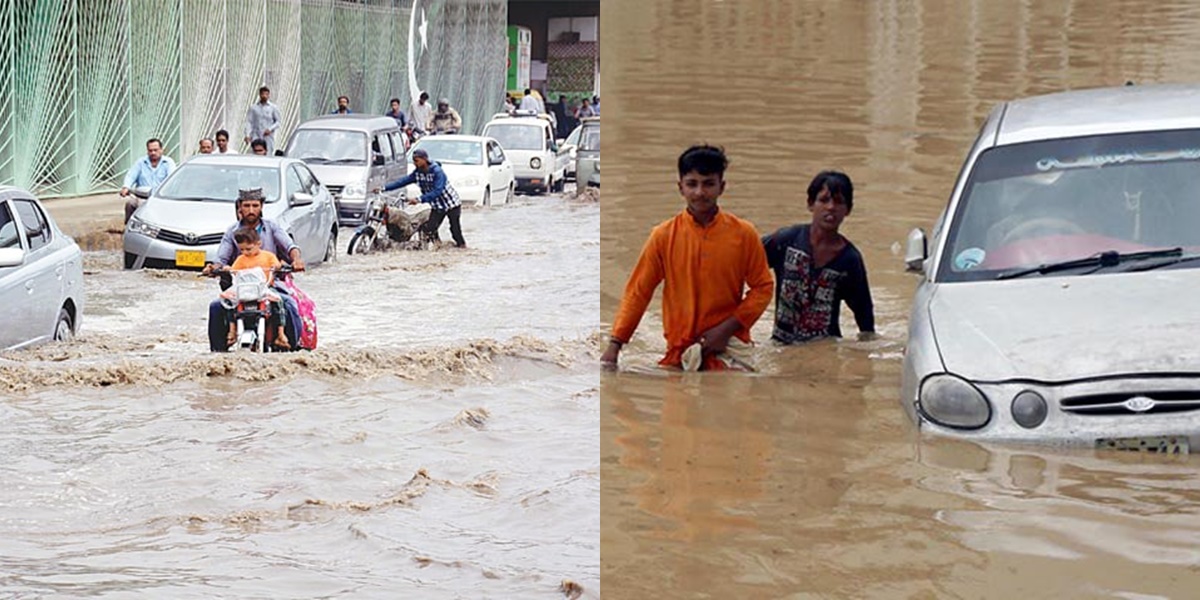 So it has been around 2 days. The news and social media are filled with the images of the chaos happening in the city, the capital of Sindh, Karachi. Since a few years, Karachi has been exposed to one of the worst weather conditions experienced in Pakistan. While the drought may have reduced this year, it has been replaced by severe rainfall which is causing casualties and road blocks in the city.

This is just the beginning of the tragedy that is happening in Karachi; people are dying due to rainfall yet no actions are taken.

7 Hours Ago, News Channels Reported 12 Dead In Karachi Due to the Weather Conditions

Due to electrocution, 12 people have died during this rainfall. Khayaban-e-Shahbaz alone witnessed 3 of these deaths.

Not seaside but DHA Karachi after the rain pic.twitter.com/0WAbpzGzPM

The streets are filled with water. The roads are deteriorating and authorities are not stepping in to take charge of the situation.

It Is Extremely Dangerous In Karachi At the Moment

This road is literally inviting death through eletrocution. Just today we witnessed the unfortunate incident of 2 men being electrocuted in a seemingly posh area of Karachi. Will @BBhuttoZardari or @BakhtawarBZ step out on this road for helping Karachiites?#ShamelessPPP pic.twitter.com/2zdVMckdUw

Roads closed after heavy rains in Karachi. Most of the vehicles are stuck in deep water gathered in front of QUAID E AZAM international Airport Karachi. Also no Electricity.

With the Karachi Government Silent On the Matter, Army Has Stepped In To Help the Locals

Because of this Very Rainfall, the Power Supply Was Also Suspended in the City

“There are reports of water accumulating around power installations & entering homes. In the interest of public safety and based on requests received from the city administration, electricity supply to areas which are in a state of urban flooding, has been temporarily suspended.” said the Power Utility.

Suno Chanda Might Be Returning With Season 3 But To Be Honest, It’s Becoming A Boring-Drag!
A Bus Hostess For Faisal Movers Was Asked To Sit On A Stool In A Long Journey Which Was Very Insulting!
To Top