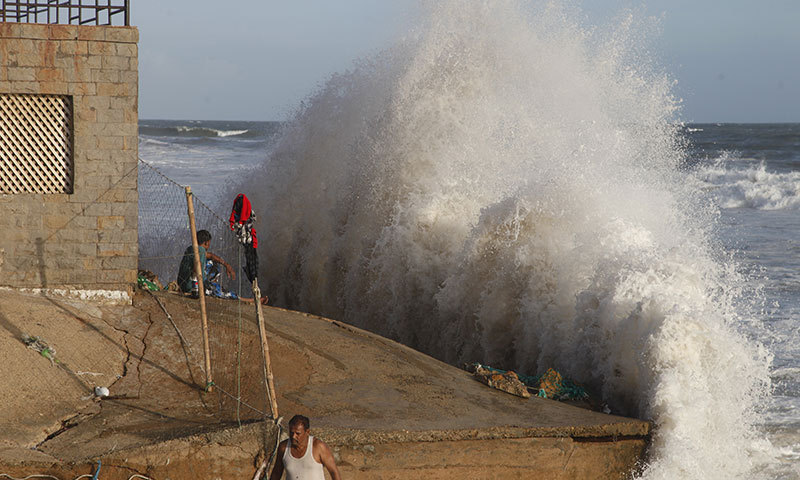 KARACHI: Rough sea and high tides forced hundreds of people, mainly fishermen, living along the Karachi-Thatta-Badin coastline to flee their homes, many of which were inundated on Thursday.

â€œWe have never seen such high tides over the past decade,â€ said a fisherman whose family was one of those who fled their Sumar village in the Hawkesbay-Sandspit area.

Over 7,000 villagers in the Khaarochann and Keti-bandar areas have been affected by high tides.

The Chief Meteorologist, Sindh-Balochistan, Tousif Alam, said the cyclone â€˜Nanuakâ€™ built up in the eastern part of the Arabian Sea was likely to continue moving towards Oman.

Our Correspondent adds from Gwadar: The Balochistan Fisheries Department issued a warning on Thursday night to fishermen who had gone for fishing in the deep sea to return to the coast.

It asked the fishermen to remain close to the coast.