Karachi Has Had A Rough And Unfortunate Life PERIOD!

This article was originally submitted by Usman Faruqi

“Indifference and neglect often do much more damage than outright dislike” – J.K Rowling

Karachi has had a rough and unfortunate life. PERIOD! Used and abused by all, the city and its dwellers have become so accustomed; to neglect and lack of concern, that many do not even realize their passivity. Accepting mediocrity has become a norm and people are accustomed to it. What led to this happening to a city; marked to rise amongst the top cities of the world in the 60s, is a long and frustrating tale of 50 years!

Since the late 70s and early 80s, the city has been the flashpoint; for ethnic, linguistic and many other discourses and these events have had a profound impact on its residents.

The geographical location of the city and it, being a part of a province; with which the people could never mingle or “connect” both culturally and aesthetically, also played a part in this ever-increasing discourse. Furthermore, the landscape of the city and even the faces of its dwellers tell a story; of abandonment, haplessness and most importantly, a growing sort of disenchantment to the country; of which it is supposedly the ENGINE.

Karachi has literally carried the whole of this country on its shoulders; for at least 60 of its 70 years of being, but was always treated as the orphan child by the powers at the helm.

No matter who came, the city remained an “overlook” barring one or two instances. Despite such unconcern, the residents – till recent times – had not lost hope in the land they had built; operated since inception and then unfortunately forced to transfer to the corrupt and greedy.

Years of apathy from not only the true powers of this land but also the uncouth landlords; of Sindh, hope was actually dwindling whether Karachi will ever be allowed to let to live – let alone have a say in running of the country it actually fuels. 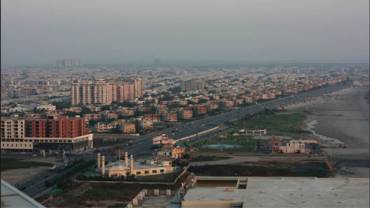 via times of pakistan

A lot has been written on it, so I will not dwell more and fast forward to the last decade.

PTI had become a prominent part of the political picture and was foreseen to be the change Pakistan needed. To understand the corrupted political soul of Pakistan, we need to know; that it is deeply entrenched in linguistic and ethnic politics. Politicking is played on the basis of language and community and it’s a tried and tested formula. Same was the case with Karachi – MQM touched a very truly raw nerve, rallied the masses on the basis of ethnicity and gave the Urdu speaking migrant community an identity; which they were rightly longing for the last 40 years – The rest is history and to every rise, there is a fall.

After the MQM Misfire turned into a debacle and the people were on the verge; of being branded as traitors, the people of Karachi, and more so, the Urdu speaking community of Karachi had finally started believing; that the politics of “Messiah” has not only lead to alienation but also time has come; to give national politics a chance. It was thought that if a National force is brought into power, due rights will be easier to achieve and draconian neglects; like “Quota system” can be gotten rid of.

With the national outlook of PTI and an ample local representation; with whom the Urdu speaking populace could connect, finally, there was a chance that there may be a group of local leaders; of a national party, who will truly own this city; fight for its rights and eventually put a break to the ever-increasing subjugation; of its residents to the populace of Sindh, with whom there was never any chance to blend. 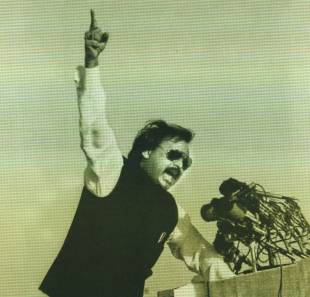 Khan with his charisma, hard work over the years and untainted honesty, won over Karachi and Karachi gave him everything it had – More power than any other major city of this land.

In short, Karachi had let go of linguistic and ethnic politics – Probably the only place in Pakistan which had. On July 25th 2018, Imran Khan became the Prime Minister. This day was for many from our generation – the first day of independence – the day of the revival of hope to live in a country and particularly a city (made to bleed purposely over the years) free from ethnicity, nepotism and injustices. The dream to live as a Pakistani and Pakistani only seemed real but alas it was only a dream.

The latter part of 2018 was spent dreaming further and the beginning of 2019; in expectation, and the last 6 months of the year in sheer frustration. It was being strongly felt that the lack of interest for Karachi from all quarters – The actual and the supposed powers – never deviated. The importance Khan had shown to it during the election time was visible; only in speeches, and that too in speeches from cities other than Karachi itself. Visiting Karachi had become cumbersome for him too, just like for his predecessors!

Frustrations were mounting and like always – Karachi was toyed with economic and infrastructure packages; which never materialized. Promises were made – New projects envisioned – Commitments were reiterated countless times but all these never went beyond TV and more so the social media which by then had become the medium of choice for communication for most of PTI including the beloved Prime Minister. 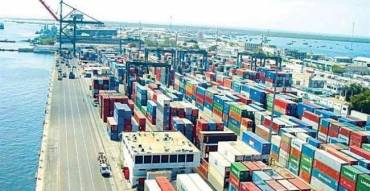 Which was not a bad option only if the case was ever taken beyond twitter; by any of the local or national leaders including Khan. Constitutional amendments and constraints such as 18th amendment were touted as the main reason; for not delivering on promises without considering; that the people of Karachi were smart enough to realize; that the same constraints existed even before the dreamy days of elections 2018; when all these promises were being made.

Even though Karachi seemed to be drifting off the map yet again, hope is a strong emotion; and the people were still hopeful and were still wanting to cling to Khan for one simple reason; there was no other choice left for Karachi!

The AC (After COVID-19) era has been a sort of an eye-opener to the writing on the wall; which was probably there from forever. Despite being the city which brought Khan to power, despite having many local representatives; at very important government positions, including the president and governor – Karachi still remains unowned.

COVID-19 is uncharted and frightful territory and required strong and decisive decisions; decisions whose efficacy only time would tell but one thing was for sure; inaction was unaffordable.

In a first, PPP started off well and its CM’s proactiveness was not only acknowledged by most but also provided direction to the rest of the country while the Federal Govt remained inconclusive, deviant, confused, clueless and non-committal and most importantly in denial on the issue.

PPP had come on centerstage nationwide and PTI had to up their game. Instead of devising solutions to the problem engulfing the whole country, the local leadership, surely with the blessing of Central leaders embarked on a plan to counter PPP with an aggressive ‘media war’ and worst of all, rumour-mongering which eventually sowed more confusion

Formulating and enforcing Corona strategies were replaced with unconstructive pressers; from PTI members, against the provincial govt and vice versa. In short, with no firm policy or direction from the Federation, it was inhumane politics and yet again, all at the expense of the citizens.

It is human psyche to feel dejected from people who you trust more and so is the case with PTI.

The people of this city had voted and supported PTI, not PPP.  As seen in the past one year, PTI played for Karachi but only on social media whether it was the central leadership or the local – More so disturbing!.

As I write this, Karachi has touched more than 13,000 COVID-19 cases which is probably more than 35% of the total cases in Pakistan, YET our PM’s lack of concern or interest for the city which brought him to the seat he presides is obvious with the fact NONE of the senior government functionaries bothered to visit the battleground where the war is more active. Neither him nor the president or the NDMA chief or even the health minister had the concern or was directed by the real powers at the helm to at least visit the city see the situation on-ground.

Every other major city was graced by Khan himself yet he did not find the shame to visit the biggest and most affected city of the country. The President even found the time to visit far-flung northern areas but did not have the audacity to visit the city which gave him everything. 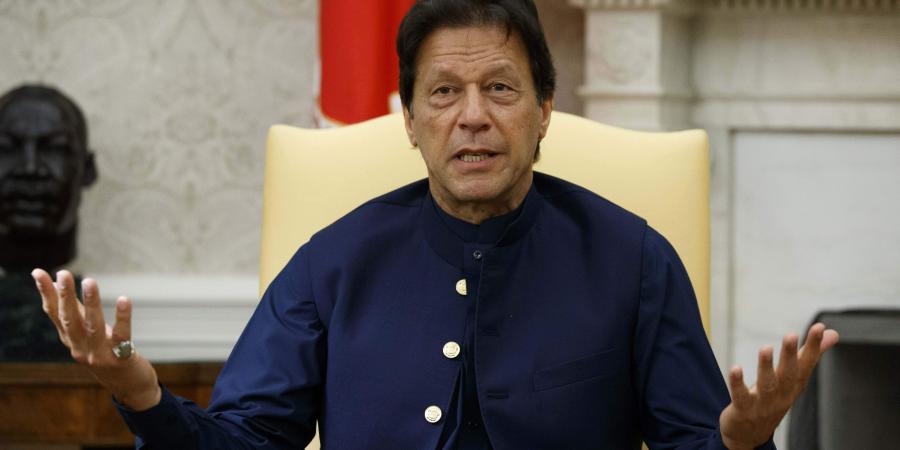 Hiding under the garb of the hideous 18th amendment with the notion that Healthcare comes under the provinces, does not in any way absolve PTI of its liability to this city.

If Khan and his team like they portray on media that Sindh Govt is trying to destroy Karachi by design which although sounds slightly off only in the case of Corona, but still may have a slight possibility considering the culture and history of the rulers of this land, required them to be more present on the ground and bring constructive solutions on the table but none cared!

Federal Government is the symbol of Federation and if any city; let alone the one which has catapulted you to power, is suffering; by your own proclamation and understanding of death by design by ruling thugs of a particular party – requires more of interest, activity, on-ground efforts and most important of all, EMPATHY.

Such Lack of Concern or Apathy either from the Central or the Provincial Govt is criminal ! to say the least.

It is not that Karachi is unsolvable but also it seems that it is not PTI which is the solution. There are many workable solutions to its governance, control of resources and problems; but then, intent and concern are required; by the people in power. Unfortunately, with the current system of governance and breed of players; running this land, Karachi is and will remain an Orphaned city.