Karachi Kings Coach Dean Jones is winning hearts all over the internet, after the video of him cleaning the stadium surfaced on the internet. Jones has set an example as he picked up the mess from the enclosure after his team beat Peshawar Zalmi on Friday. 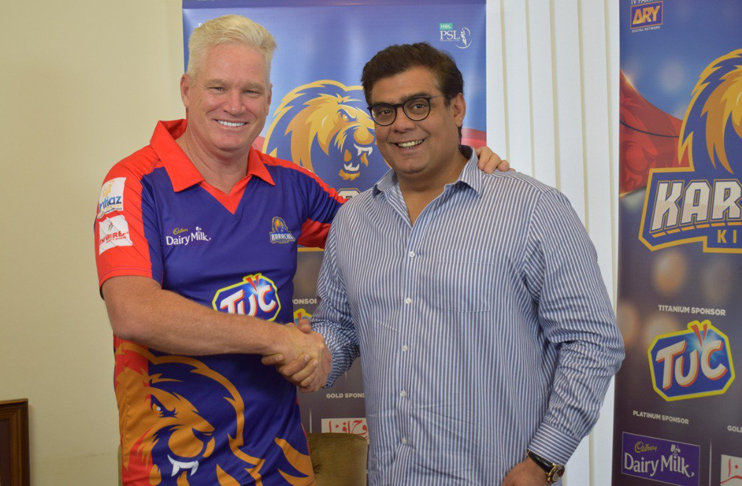 Social media is all abuzz about how he has shown his humbleness for the surrounding. Everyone should learn to have a sense of responsibility towards society from people like Jones.

#DeanJones @ProfDeano Thank you for the display of such greatness and humbleness and We are proud of you being here and helping us learn being better than we are! This is what we need to learn! https://t.co/6RDEEPC3Om

Its a shame that a foreigner is being more responsible towards our environment than us. #DeanJones #Respect https://t.co/XaKPEVGKjw

You go anywhere in the world you just represent your country. @KarachiKingsARY coach #DeanJones setting example for everyone, putting empty bottles in the dustbin. #KarachiKings #PSL2020 #PSL #PSL5

However, on the other hand, Jones’ team Karachi Kings invited an unwanted controversy during the match with Peshawar Zalmi. One of the Kings members was spotted using a mobile phone in players’ dugout area during the match. Thus, this created a huge uproar as the ICC rules do not permit something of this sorts.

Jones tried to clear the air on the controversy and said that the person wasn’t any player but he was the CEO of the team. He said he was doing his job arranging the practice session for the team.

Like in ALL T20 cricket. The manager/CEO is the only one allowed to have a phone. In this case Tariq.. our CEO is doing work. Here he is organising us Practice times for today. Thanks for your concern. https://t.co/UORGtmMlro

F.R.I.E.N.D.S. To Reunite After 16 Years On HBO Max!
Affordable Electric Car Worth Rs. 4 Lacs Introduced In Pakistan
To Top