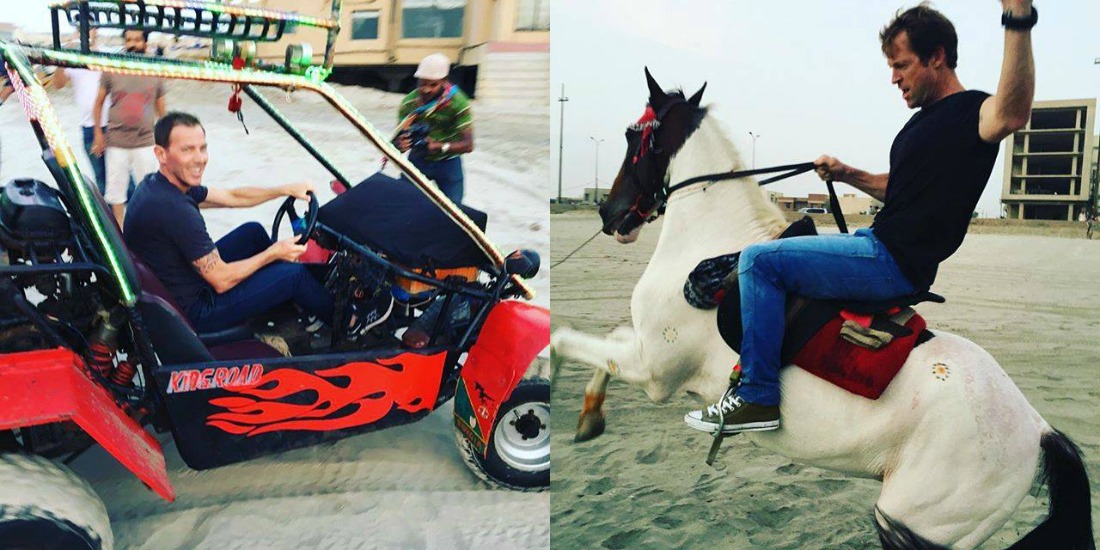 If you’re an avid cricket fanatic, there is not a zilch of a doubt that you aren’t aware of the cricketing legends, Damien Martyn of Australia and Johnty Rhodes of South Africa. The dynamic batting duo is having an absolute ball in Pakistan, especially in the heart of Pakistan, the metropolitan of Karachi!

Two of the best outfield fielders to ever have graced the beautiful game, Johnty Rhodes and Damien Martyn are in Pakistan for reality TV, doing live shows Pre, during and post the upcoming Pakistan Super League.

Their excitement has come naturally, but one thing that has aggravated it more than any other is Karachi and the Seaview Clifton Beach to be precise. The duo is absolutely loving it!

Here’s Damien Martyn having a go with the Beach Buggies at Seaview, Clifton 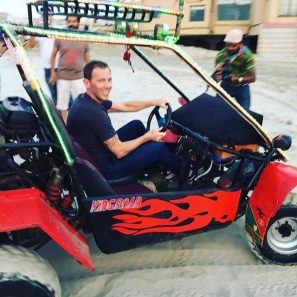 As Damien Martyrn called it, Johnty Rhodes ‘The Horse Whisperer’

[Rhodes can be seen taking a single handed stunner of a catch at the Seaview Beach, while riding a horse] 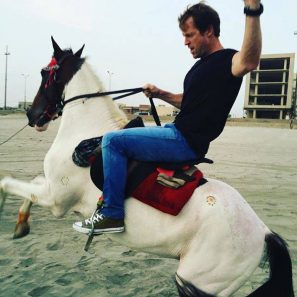 Rhodes and Martyn had such an enthralling time, Martyn was forced to share it with the world, especially the people back home. Comments of Australians on his pictures suggest that they too would like to visit Karachi some day. 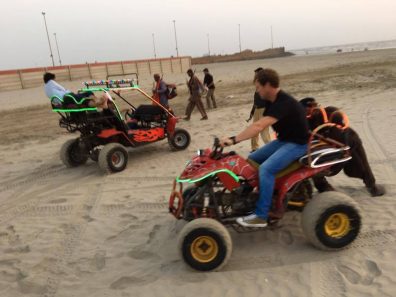 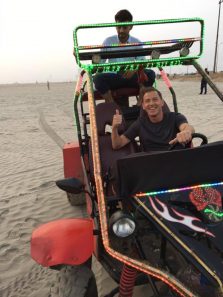 Not just the Seaview Beach, Martyn and Rhodes had an exceptional time preparing for their TV performance at the Groomer’s as well. As Martyn called it on his Facebook page, “it’s tough work this reality TV!” 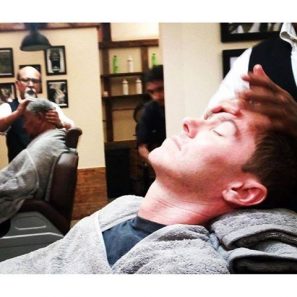 The master-blasting team of Rhodes and Martyn had a Pakistani celebrity to show them around as well, yes, it’s Fakhr-e-Alam. The trio had lunch a posh fine-dining restaurant in Karachi as well. 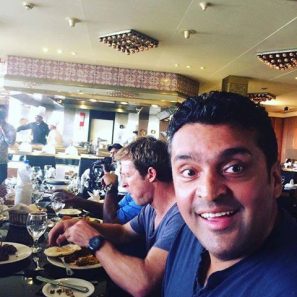 We’re pretty sure that Martyn and Rhodes, in contrast to Lahore or any other city of Pakistan, found Karachi much more LIT and ALIVE. The people of Karachi make the city what it is and the beach, well, it just adds to the class.