Sindh Govt Gives Approval For New Districts In Karachi - But Do Karachiites Agree?

In a very important development of Karachi’s affairs, Sindh Government has approved the creation of new districts in the province, which includes Karachi. A high-profile meeting was held in Karachi chaired by Chief Minister Murad Ali Shah that took the decision.

As per the decision taken with Karachi in context, Keamari Town is being added to the city as the 7th new district. In Keamari, the areas of Baldia, Harbour, and SITE are being added. Pertinent to add here that all three areas are of industrial importance with many operation factories.

Another district in the recommendation is that of Maripur. District West in Karachi currently has 7 subdivisions and is the second-largest district in Sindh as per population. 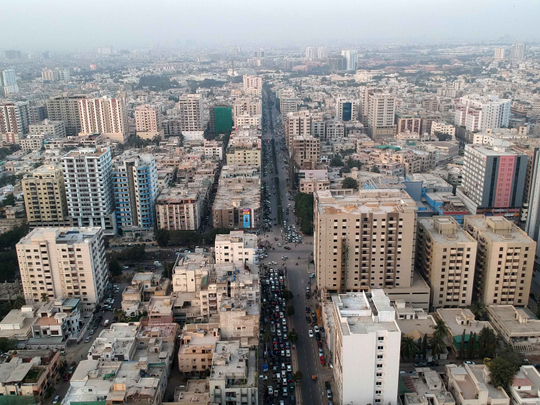 Another amendment made in the meeting was that District South’s name will be changed to South Karachi. CM Murad Ali Shah made this suggestion in the regard that districts should be named after popular areas of the city.

Furthermore, as for interior Sindh, a suggestion was given pertaining to Khairpur as well. It was decided that Khairpur will be divided into two districts. Murad also showed-off Sindh Govt’s success by saying that it was the only Local Govt body in Pakistan that had completed 5 years. He also boasted about giving Mayor Waseem Akhtar a ‘freehand’ and supporting him govern the City.

On the other end, MQM-P, the opposition party, has openly opposed the formation of new districts. Moreover, on social media, people are calling the Sindh Govt out for the decision as well. A public opinion states that if Sindh is getting new districts according to ethnicities/population, why is it not getting a new province? This hints the stagnant demand for declaring Karachi as a separate province.

Protest against new districts of Karachi

Additionally, after a call made for new districts in Karachi, the total number of districts in Karachi rises up to 7. This also means new bureaucratic opportunities and openings in the Sindh Government. From recruiting of executive officers in district administration to lower scales, it would increase demand for jobs as well.

The recent rains in Karachi also called for better management of the city, as the roads turned to water canals. Moreover, after Eid-ul-Azha the city was tormented by mass management as well. Consequently, action needed to be taken. However, such calls have been made every year.

Police Investigation Suggests Dr. Maha Might Have Not Taken Her Own Life! Here’s Why
Foreign Office Clarifies There Is No Rift In Relations Between Pakistan & Saudi Arabia
To Top