Kaptaan - The Upcoming Biopic on Imran Khan has Got Everyone Excited!

The news of a biopic made on Imran Khan came out in 2011 when a group independent, young filmmakers decided to film the life of cricketer turned politician and social activist, Imran Khan. Kaptaan, the biopic which promises to focus on Imran Khan’s life pre and post his sports career.

While the news of the biopic broke out years ago, the recent pictures of the cast have circulated on social media. The film was promised to release in April 2017 but has been delayed ever since. Given how Imran Khan is making headlines these days based on his political activities, now is perhaps one of the best moments for this biopic to come out.

Imran Khan and his ex-wife Jemima Goldsmith were a couple of a kind. They were not only beautiful together in terms of their physical appearance, but they also managed to become a power couple, given how they were always supporting one another. The biopic has Abdul Manan as Imran Khan and Saeeda Imtiaz as Jemima Goldsmith.

The Biopic Indeed has been Due for quite Sometime now! 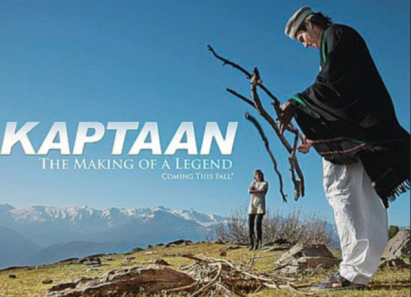 And now we are anxiously waiting for the biopic to be released!

Pak yet come up with idea of making biopic on their legends who made country proud like Jahangir Khan, Imran Khan or Sattar Edhi sahab..

The biopic vows to bring light to Imran Khan’s personal and public life. How the man evolved from a player to a social activist and to a politician, everything will be shown in this film!

The film’s screenwriter and assistant director stated how filmmaker Faisal Aman Khan encouraged Imran Khan to allow the making of the biopic. “Imran Khan was reluctant at first and claimed that it was more important to focus on other aspects of the country, Faisal’s persistence finally paid in ultimately convincing him. We wanted to make a film that would project the positive side of Pakistan. It was hard as there are very few personalities in Pakistan that have a global appeal.”

Indeed everyone would be excited to see the biopic on our Kaptaan, Imran Khan!

Angry Wife Catches Husband Red-Handed with Girlfriend at McDonalds, Tariq Road
Suicide Rates are Reaching New Heights In Pakistan and No, It Is Not Okay
To Top