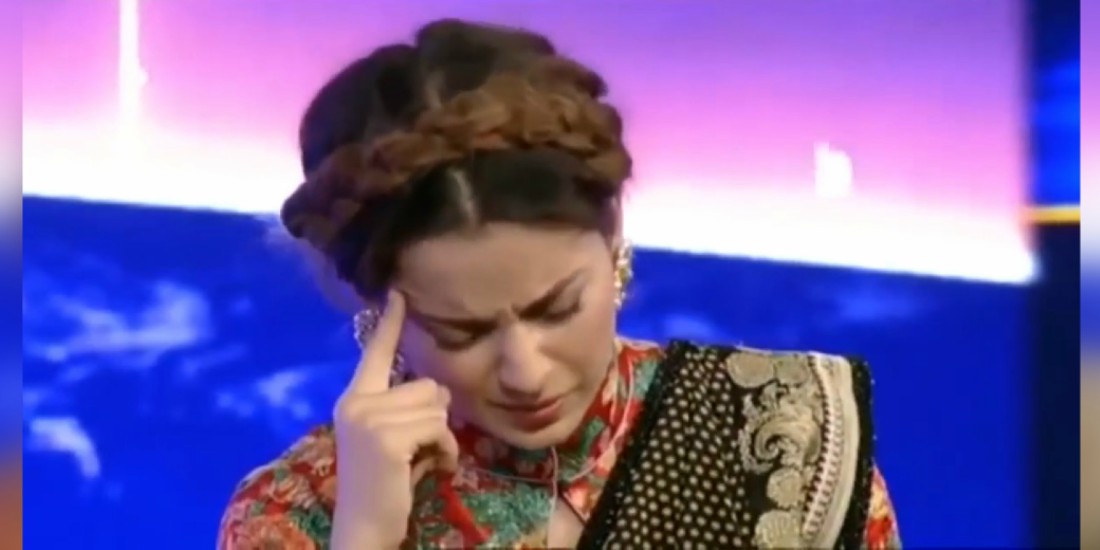 Kangna Ranaut is a famous Indian actress who got her debut in a Bollywood movie called “Gangster”. She’s now known as one of the highest paid actresses in Bollywood. Plus, she’s also known as the most outspoken and controversial actress known. Till now, she’s made countless controversies and she has also been criticized for it. Some time ago, on Koffee with Karan, a show that is widely known for celebrity interviews and for knowing the celeb insights. When Kangna was invited on the show, moments later, she started bashing and accusing the host himself.

She accused Karan Johar of nepotism and bringing only celebrity kids in his movies and made news all over. She said that Karan never promotes new talent in his work but only the talent that is provided to him. After which, she made headlines when he talked against his ex-lover, Hrithik Roshan publically, in an interview. Yet again, Kangna Ranaut made is part of another controversy.

was in an interview with a news channel where she went a bit far with her defending to be Indian. She said that she is an Indian before she’s an artist. She respects the borders more than anything. She mentioned that Pakistani actors and other artists who work and earn from India do not pay tax to “her country” but the soldiers on the borders still have to pay taxes.

Here’s the clip of the interview:

She even declared herself a true Modiji fan and said:

[The fact] that the son of a chaiwala [tea maker] can become prime minister isn’t just a victory for Modiji, but it is a victory for democracy in our country.

Kangna even criticised the actors who came out to support Pakistani artists saying that she pays more respect to her borders than she does to the fact that she’s an artist. She talked in the interview about everything that has been controversial about her nepotism, her past relationship and Pakistani artist working for Indians.

She’s been assertive in her opinion, and her fan base likes that about her and supports her. Do we have any fans of Kangna here? Add anything to the story in the comments below and share with someone who needs to read this!