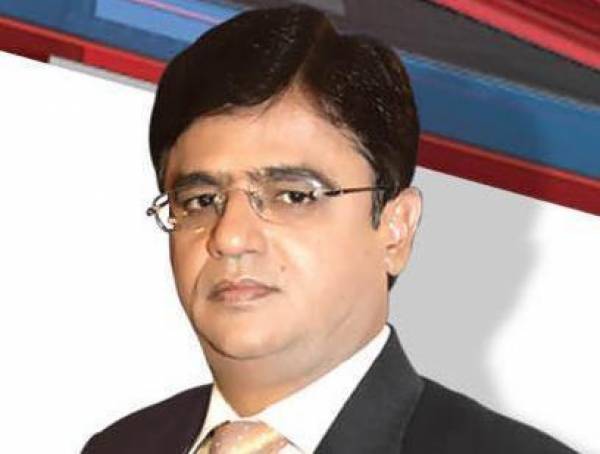 Kamran announced his decision to resign from Bol on  Twitter.

Charges against Axact far from proven in court but my conscience not letting me continue.I’ve decided to disassociate from Bol immediately

The journalist tweeted: “Charges against Axact far from proven in court but my conscience not letting me continue. I’ve decided to disassociate from Bol immediately.” Minutes after Kamran’s resignation, Azhar Abbas, Iftikhar Ahmed, Wajahat Khan and Asma Shirazi also tweeted that they have resigned from the network.

I can not work for an organization whose basic workings conflict with my proffesional comittment.Ive decided to disassociate myself from Bol

I have resigned from BOL after speaking to my editors and staff. I did put together a great team of journalists. Wish them best

It’s done. I will be back, but not on Bol. Pakistan Zindabad. Journalism Paindabad.

I have Resigned from Bol News, truth must prevail.

Earlier during the day, Shirazi tweeted that she will resign immediately if allegations against Bol are proven true.

Investigations against #Axact underway, wl resign immediately if they prove guilty “@IAmBHUTOO: @asmashirazi leave it for your self respect”

Hours before Kamran tweeted that many ‘respected senior journalists,’ including himself, were reviewing their decision to stay at Bol or not.

My self many respected senior journalists associated with Bol reviewing situation threadbare will make judgment soon..truth must prevail

Earlier, a political analyst tweeted that the two ‘main pillars’ of Bolnetwork would tender their resignations soon in an apparent reference to senior journalists Kamran Khan and Azhar Abbas.

While, Wajahat Khan also tweeted he was consulting his mentors and family whether to stay at the network or not.

Thinking about it. Hard. Consulting with my mentors & fam. It’s a tough call. We were supposed to change the system, not corrupt it further.

As per my tweet of 19/05 on this issue MY position is very clear & same. I just need 2 talk 2 my sr editors and staff before announcing it

The News Was First Published On Express Tribune

7 Reasons Why General Raheel Sharif Is The Better Sharif To Lead The Country
Meet The Most Hated Guy On Instagram! His Photos Will Make You Hate Him Too! (18+)
To Top