Kamran Akmal is back in the game. Did you miss him? During PSL, we saw a world class display by the batsman. In fact, he scored the only century of PSL 2017 and comfortably steered Peshawar Zalmi to victory. Akmal outshined once again after being out of the limelight for years. 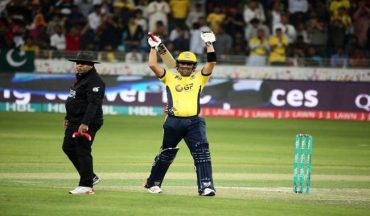 Who knew where he had been all this while? People started pestering the concern of having him back in the Pakistan national cricket team. Why not? He was consistently performing world class. He scored important runs that became decisive in the victorious run of Peshawar Zalmi this year.

Safe to say, Kamran Akmal is in good form when it came to batting. But what about wicket keeping? Well, if you have Kamran in your keep then not only he sorts your batting woes but also tends to be an option for wicket keeping. He rendered his wicket keeping services for Pakistan team in the ongoing series against West Indies. 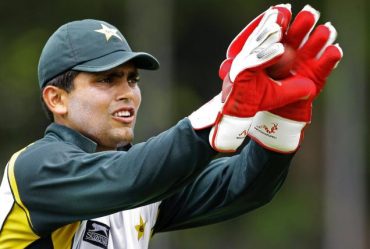 Kamran Akmal returned to the international fold after being out of the scene for over 3 years. He did perform well in terms of scoring runs but boy he bottled all the way through in wicket keeping! Yes, Akmal’s woeful wicket keeping was recurrent once again and as usual, it proved to be very costly for our team.

You had Shadab Khan on such a good run, taking wickets on his debuts, you just did not want to spoil it. Shadab could have been the first Pakistani to take more than 3 wickets in a T20 debut if Kamran did not drop the catch on his bowl. Poor boy Shadab…

As the mayhem was being created by Kamran Akmal, people didn’t spare a chance to troll him. He was massively roasted like all of the people roast that one person in a group chat.

Here are the best reactions of people on Kamran Akmal dropping important catches:

Ideal job for Kamran akmal is working for careem

“where should i drop you?”

The only good catch by Kamran Akmal pic.twitter.com/89MzDuqhyl

8TH WONDER OF THE WORLD PROBABLY

Still wondering how Kamran Akmal didn’t drop this one? pic.twitter.com/YRbgR9RDpb

Kamran Akmal’s favorite pickup line?
“Can I drop you somewhere?”

Once Kamran Akmal tossed his baby in air, but couldn’t catch him.

Finally a ray of light. Centre for Disease Control in USA has asked to hire Kamran Akmal. They say he has zero risk of catching any virus.

DOES IT RING A BELL?

Kamran Akmal was not born, he was dropped from the sky.

So, normal service resumed for Mr. Akmal… At least he gave us a chance to have a good laugh. Boy, we all were excited to see Akmal back in the team and outshining once again but he bottled it and now the decision to include him in the team again would be reconsidered.

You Need To See This Amazing Body Transformation Of Nasir Khan Jan Shown In His New Video!
Just Like The Year Before Last, Karachi May Suffer From A Severe Heatstroke This Year As Well!
To Top