Sri Lankan elephant Kaavan spent years in the miserable conditions of Pakistan. On Friday, an eight-member committee of experts recommended sending Kavaan the elephant to the 25,000-acre wildlife sanctuary in Cambodia.

Kaavan has been the main attraction at Marghazar Zoo in Islamabad for the last many years. The wildlife sanctuary in Cambodia could be a suitable area for relocation and retirement of elephant ‘Kaavan’ after being a source of joy to thousands of children visiting him over the last several years. 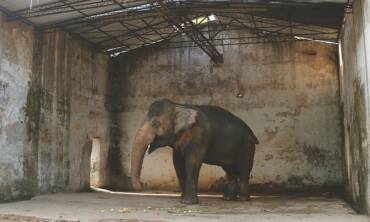 In the 1980s, Kaavan came to Pakistan and the poor animal was chained for a very long time. However, in 2016, the Wildlife NGO’s began a movement to free the elephant. It brought him to the limelight as one of the biggest examples of violation of animal rights.

In May, Islamabad High Court issued a decree to set him free and place in a sanctuary. Moreover, on June 9, the Islamabad Wildlife Management Board (IWMB) constituted an eight-member committee. They held this for the relocation of the elephant Kaavan and other animals of the Marghzar Zoo to some other sanctuaries.

Moving Kaavan to an elephant sanctuary in Cambodia would allow him to interact with over 80 pachyderms in the Cambodian park. Not only this but he would also be under the care of wildlife experts.

Outrage over the treatment of Kaavan

The resentment over the treatment of Kaavan at the capital’s Islamabad Zoo went global several years ago. It accompanied a petition amassing more than 200,000 signatures after it emerged he was being chained up.

Furthermore, the Islamabad High Court also criticized the zoo for failing to meet the animal’s needs for the past three decades. 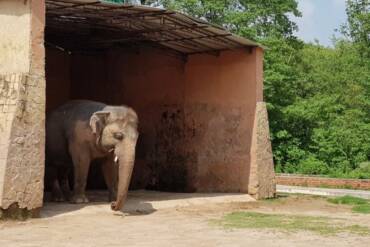 Kaavan arrived as a  one-year-old in 1985 from Sri Lanka. The Sri Lankan government sent him as a gift to former dictator General Zia-ul-Haq. The zookeepers held him in chains in 2002 as they were concerned about increasingly violent tendencies. However, they freed him later that year after an outcry.

In 1990, Kaavan’s mate Saheli also arrived from Bangladesh. Sadly, she died in 2012, and in 2015 it came to light that Kaavan has been regularly chained once again for a couple of hours a day. Turned out that after the death of his mate he began to distress.

It is to be noted that elephants are immensely sociable animals who need companions. Despite that, no other company was brought in for him, and he became known as Pakistan’s loneliest elephant.

The 33-year-old elephant who has been chained most of his life, and only had a small dirty pond to play in is finally set free.