This Guy Shares How Junaid Safdar Was Not So ‘Sharif’ And Demanded VIP Treatment In Islamabad Club!

The past governments of Pakistan need no introduction as everybody knows how severely corrupt those faces are. From looting the country off of its national treasure and making their own ‘jaidaads’ to using state assets even after the disqualification from the premier throne and still calling themselves innocent is no big deal for these criminal minds.

Pakistan Muslim League Nawaz (PMLN)’s leader and previously DISQUALIFIED Prime Minister of the country Nawaz Sharif is currently serving his sentence in Kot Lakhpat jail for corruption charges. Before Nawaz Sharif was disqualified and arrested, there were stories revolving around his family members misusing state vehicles and protocols which were specifically assigned to the premier only.

Also read: Maryam Nawaz Was Still Using A Govt. Bullet Proof Mercedes And PM Imran Khan Snatched It Back As He Promised! 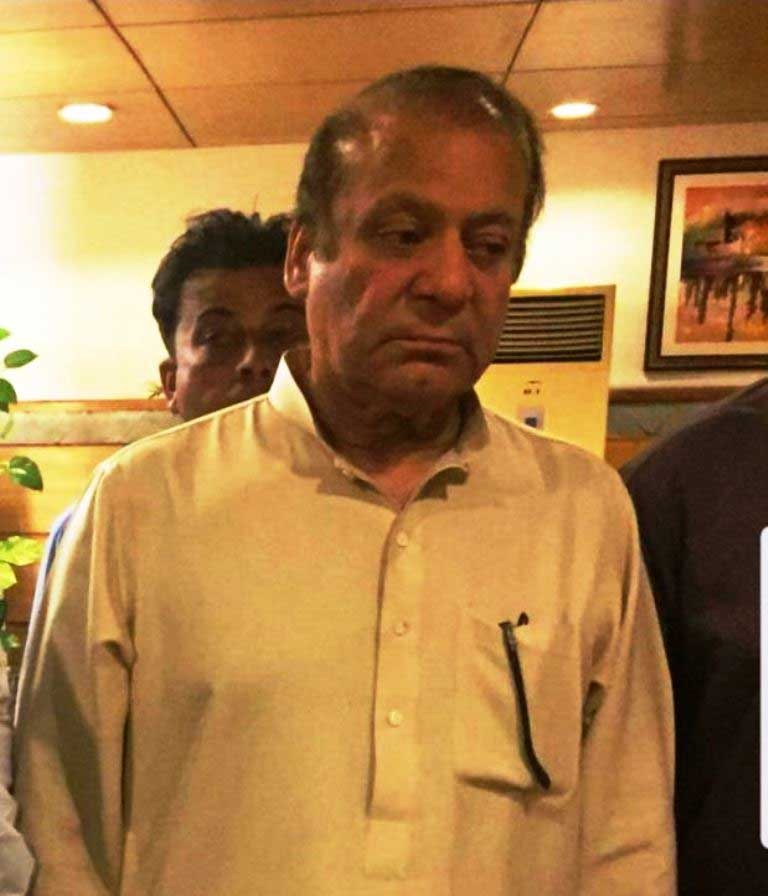 The day Pakistan Tehreek e Insaf (PTI) came into power, Prime Minister Imran Khan has fulfilled his promise of making the opposition cry and do justice with the nation. On Thursday, the PTI government confiscated the luxury car which was provided by the state to Nawaz Sharif back when he became the Prime Minister but the vehicle was not returned even after his arrest. The Mercedes was still being used by Sharif’s daughter Maryam Nawaz. Ayi na tabdeeli?

Well, recently, a tweet on social media regarding the corrupt Sharif family gathered a lot of attention. A guy shared what he witnessed in his gym and how the Not-So-Sharif family is brutally misusing national assets. Junaid Safdar, who is Maryam Bibi’s son, used to roam around in PM’s vehicle with PM’s protocol back when Shahid Khaqan Abbasi was nominated as the new PM to complete Nawaz Sharif’s tenure. This is a clear picture of how the deceitful family was taking advantage of state resources.

So this PM House-owned Mercedes getting recovered from Jati Umra reminds me of how the Sharif family uses state resources like their own. This comes directly from me, I experienced this with my own eyes and ears, and it's about Junaid Safdar, Maryam's son. [1/N]

This is from Islamabad and happened back when Shahid Khaqan Abbasi took over as PM.

This is from when Nawaz Sharif was disqualified and Shahid Khaqan Abbasi took over as PM. One fine evening, I was at the gym in Islamabad Club and mid-workout I went to drink some water from the reception/waiting area. [2/N]

While he was drinking water in Islamabad Club’s reception area, he saw some men dressed in white shalwar kameez carrying walkie-talkies in hands. It seemed like they were waiting for someone.

There, I saw a couple of men who came off as security guys, dressed in identical white shalwar kameez & black waist coats, with walkie-talkies. I didn't think much of it and only noticed because IC has a very strict dress code, no one without gym attire can enter the gym. [3/N]

Islamabad Club has mainly got bureaucrats and politicians as members and the guy thought that maybe some big-shot was coming. Well, moments later someone came in after the security guards gave a green light.

A big chunk of Islamabad Club members are naturally big-shot bureaucrats and politicians, so I thought they must be with someone of that sort. Moments later, they radio in and tell the other guys that they're good to go and they should come on in. [4/N]

It was Nawaz Sharif’s grandchild Junaid Safdar who had come with the security protocol and vehicle of the Prime Minister House. Only Nawaz Sharif was authorized to use them at that time.

I linger there to see who it is and here comes the Prince of Jati Umra, Chief Supplier of Smoulders, Heir to the Pakistan Throne, Muhammad Junaid Safdar, along with 2-3 more guards dressed the same as the previous 2. I instantly realise they were PM house security detail. [5/N] pic.twitter.com/qAdwZbjVAh

Then Safdar was given a whole tour of the gym by the trainer and two of the security officials were asked to stay outside and keep a watch.

So I follow them back in, trying to act like I don't know who they are, keeping my distance. One of the security guys goes to a trainer and says something, and the trainer starts giving them a tour of the place. Two guys remain in the gym, the rest leave to wait outside. [6/N]

After the tour was given, Safdar wanted to pump in while listening to music.

After a couple of minutes, they return to where I was and His Highness Junaid of Jati Umra realises that he wants to listen to music while he pumps some iron. So he tells one of the guys, in a sakhat burger accent, "mereh headphones gari main purray hain wo laa dein". [7/N]

So, he asked one of the guards to bring his APPLE WALAY HEADPHONES from the car. LOL!

So the guy's like "jee sir konse walay Apple walay ya doosray?" Lmao I shit you not this was happening right in front of me. Junaid tells what he prefers and the guy radios downstairs and says "SAHAB k headphones gari se le kar aa jaldi kar". [8/N] pic.twitter.com/PM26lsFnX4

Well, the parking lot of the club was full of protocol SUV’s and security men waiting for Safdar to come out. Two additional Range Rovers were also waiting for him outside the gate.

I left shortly afterwards & in the parking lot I saw a couple of blacked out SUVs with another few men hanging around, just waiting for HH Junaid to finish his workout, and ANOTHER two Rangers Vigos outside the gate (since protocol vehicles are strictly not allowed inside) [9/N]

At that Nawaz Sharif, his grandfather was not even the PM and Safdar himself lived in London Then why did Shahid Khaqan Abbasi provided Safdar with state vehicles and protocol? Who the hell is Safdar to use state resources?

And that's when it suddenly hit me. His grandfather, Nawaz Sharif wasn't even PM at that time! So HH Junaid just showed up in Islamabad (he lives in London) and was presumably staying at PM House and Shahid Khaqan Abbasi put all the resources he needed at his disposal! [10/N]

This Sharif family is such a pain for Pakistan!

And this was just another normal day in the lives of the Sharifs. Need to workout? Oh yeah sure, take 4-5 cars, (including 2 Rangers Vigos WITH Rangers personnel), half a dozen men from the PM House security team, and treat them like your personal butlers. [11/N]

Strength of democracy or manipulating the democratic hold?

I mean, why not? Right? After all, SKA after assuming the role of PM repeatedly said that our PM is still Nawaz Sharif. He termed this as "the strength of democracy". Let's not even go over the irony of him and all the others calling IK "selected" or a "puppet PM" lol. [12/N] pic.twitter.com/JU0tzOBCnr

Patwaris? You there? Oops!

What do you have to say about the NOt-So-Sharif family? Comment below!

A Woman Was Caught Marrying Two Lovers At The Same Time And This Story Is Absolutely Hilarious!
Mehwish Hayat Nailed The Bottle Cap Challenge But People Are Shaming The Sitara-e-Imtiaz Star Again!
To Top