On August 19, a young influencer and doctor Maha Shah was pronounced dead a day after a mysterious shooting incident at her home. Dr. Maha was later rushed to Jinnah Hospital in critical condition. Sadly, the poor lady succumbed to her injury and died within a few hours. Now, a friend of her is claiming that he and Maha were soon going to get married.

According to the police, the family of the deceased claim that she committed suicide in her washroom on the first floor of the house. Strangely, no FIR has been registered regarding the suicide case.

In addition to this, no claims by the family have come forward regarding the matter. The details suggest that the police would identify this case as murder if any evidence or proof found.

Although the family had insisted that she took her own life. The story seems to have taken quite a bizarre turn, especially since the police stepped in. Moreover, the injury caused by the bullet fired from a pistol appeared to be on the backside of her head. If it were a suicide, how can she shoot herself on the back of her head? A seemingly open-shut case has proven to be something far more unsettling and fearful.

A close friend of Maha gives his statement

While widening the scope of the investigation into Dr. Maha’s ‘suicide’ case. On Thursday, a close friend of Dr. Maha, Junaid Khan came forward to record his statement to the police. 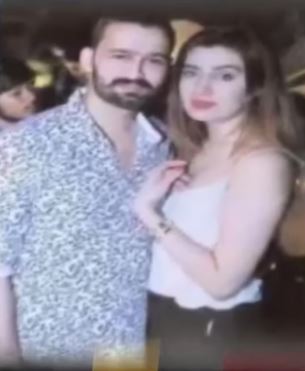 Recording the statement of friend before the police, Junaid said he and Maha were going to tie the knot and get married soon. Moreover, he also revealed that Maha was on bad terms with her parents and she was having arguments with them frequently.

According to Junaid’s statement, Maha was suffering from mental stress due to her domestic issues. Additionally, he also revealed that he used to give Maha pick and drop every day. However, on the day Dr. Maha committed suicide, she told him not to visit her house.

A police team has left for Mirpurkhas, the hometown of the deceased, on Thursday, to record statements of other members of her family. Furthermore, a pistol that police found at the crime scene has been sent for a forensic audit.

Besides this, the reports also claim that Dr. Maha suffered from depression for an entire last month as her parent were divorced and married again.

Letters have been written to the Police Special Branch and the deputy commissioner (south) to verify who owns the pistol. According to the police, a murder case would be registered once they find evidence of murder. The young, gorgeous, and vibrant Dr. Maha was found dead in her home in Karachi on Wednesday.

Police investigation suggests Dr. Maha might have not taken her own life. However,  her brother Syed Naade Ali Shah has urged people to stop spreading rumors.