Indians Have Declared a War on This Journalist after He Compared Map of India with Woman’s Lingerie!

You might have heard about Dennis Freedman. He’s a renowned Australian journalist popular for writing sports content for many publications. This journalist is also quite famous for having a loud mouth on Twitter; just like Piers Morgan. In fact, he’s quite a fan of Pakistani cricket, which we absolutely love him for. 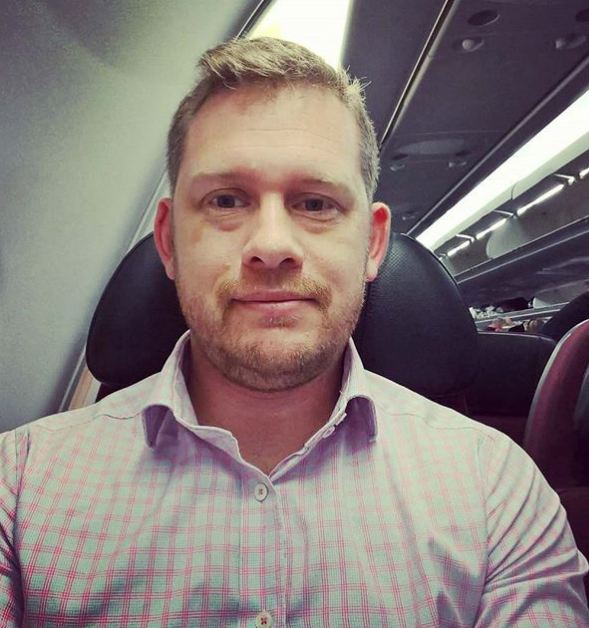 It’s just another day when Dennis Freedman, who is popularly known as “Dennis Cricket” from his Twitter handle, decided to casually tweet something extremely offensive. The whole nation of India is after him because he hurt their sentiments on a national level. This guy just compared India’s map with women’s lingerie. YES, YOU READ THAT CORRECT! WOMEN’S LINGERIE! Wonder, how on earth he got such an idea in his mind, seriously… 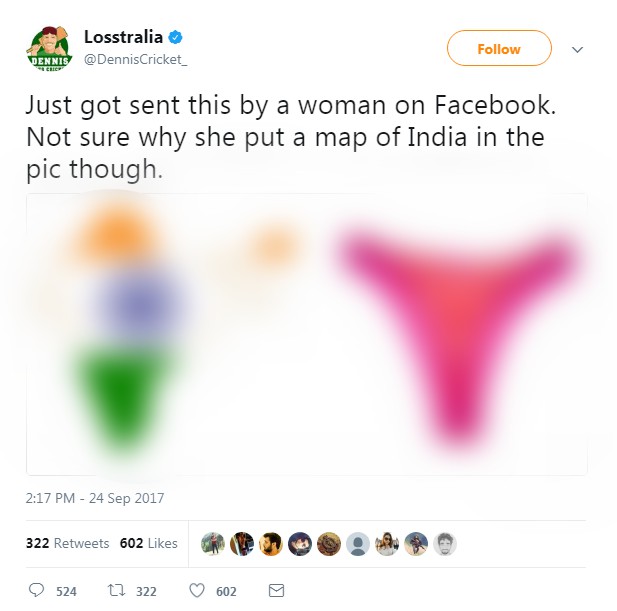 People in India are not having it at all!

Wish you had respected atleast your profession if not the blue tick from #twitter before posting this shit online ?

THEY ARE NOT HAVING IT AT ALL…

This tweet is highly offensive and needs to be condemned. In the name of humor you cannot offend a nation. @Kaushik1695S

Yes it’s uncertain why someone would put India beside Australia.

Cricket is a noble and decent game, beyond all kinds of crap like this. We should liberate ourselves from such controversies. As a journalist, he has some responsibility to uphold with and he should not be hurting a nation’s sentiments in this way. This is inappropriate and unacceptable and the backlash by Indians is momentary.

Let’s refrain from finding such humour amusing at all. What do you guys think about it?