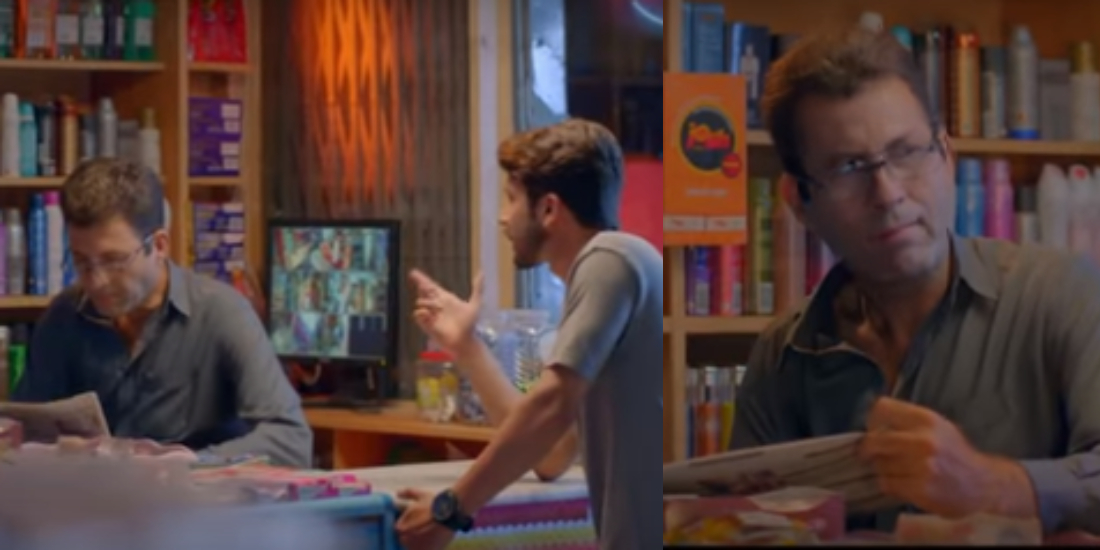 Have any of you boys out there faced the judgmental looks of random uncles, aunties, and the shopkeepers when you go ahead and demand a condom? Or maybe you’ve gotten dirty looks from the customers who are probably buying meds or house care things from the same pharmacy? Well, you’re not alone in this! Josh’s recent commercial just said it out loud that men out there don’t have to shy away when talking about the ‘Jimmie hat’ publicly.

All of you laundas out there understand the daily struggles of purchasing protection and there’s no doubt that men come up with the most ridiculous names when buying a condom. I mean, isn’t it about time that we show some enthusiasm when purchasing contraception? It’s 2019 and we’re still trying to come up with a way to buy condoms in public without being judged!

Although, here are few of the most hilarious alternative names men use when purchasing ‘you know what’ *coughs*(have we joined the conservative clan too?)

How many times have you said ‘bhai rubber hai‘? Or ‘yaar ek rubber dena?’ When asking for a condom from the shopkeeper? Countless times? Yeah, thought so..

This just takes the cake! They say actions speak louder than words, here’s the proof! Some men just point their fingers or raise their eyebrows towards the pack and expect the salesman to read their minds… “Yar bhai woh dedena, woh..” kia baat hay..wah!

Isn’t that a way to ditch people? Like ‘bhai usko topi kervado’? Why don’t we use this word for canceling plans and stick to the real deal here!

Umm kia bahar baarish horahy hai? Guys, please don’t be silly when it comes to protecting your willie and be smart about the purchasing!

Are we here for sabzi shopping? I highly doubt you’d want to package it in a thaila, let’s be blunt about this and not let anyone give us the feeling that we’re doing something wrong!

Men often go in public and say they want a ghubaara which is really confusing to be honest, what if you have a child next to you and he/she demands the same from the salesman? Then what?

In a nutshell, the recent ad by Josh Condoms has really taken the puns and witty lines to a next level! Men out there can certainly relate to this ad.. check it out, you guys!

It’s about time we put a stop on the taboo of buying contraceptives and protecting our future. See, if you really love her please wear a cover and calling condoms names like ghubaara, thaili or even pointing towards it won’t do it any good! Mic drops!

Here Are A Few Pakistani Celebrities Who Got Married More Than Once!
Momina Mustehsan’s Brother Just Released His ‘Justin Bieber’ Inspired Song And Pakistanis Are Confused!
To Top