Joint Family System Might Lead to Sexual Harassment and The Stories

It is not unusual to hear how a woman or a man, for that matter, was harassed by someone from their own family. When children of the similar age group grow together, these are the common stories we hear, but never acknowledge them.

At the certain age, with the change in the hormonal activities, the tendency of men controlling their hormones has led to serious sexual harassment cases all over the world. Living in a joint family system indicates interaction with cousins of the similar age group on daily basis. There are a number of families all over the world that encourage cousin marriages and therefore, living the same household is not regarded as a threat to the children.

What many parents and elders neglect, how cousins who grow up together may sexually harass one another as well. Such education is never given to children.

Note: because of family concerns, she has asked to keep her identity hidden.

Here’s how the individual narrated the story: 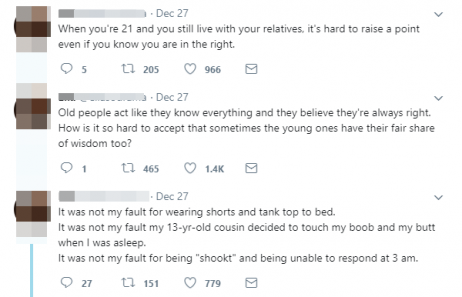 Worst of All, the Family Did Not Come Foward to Support 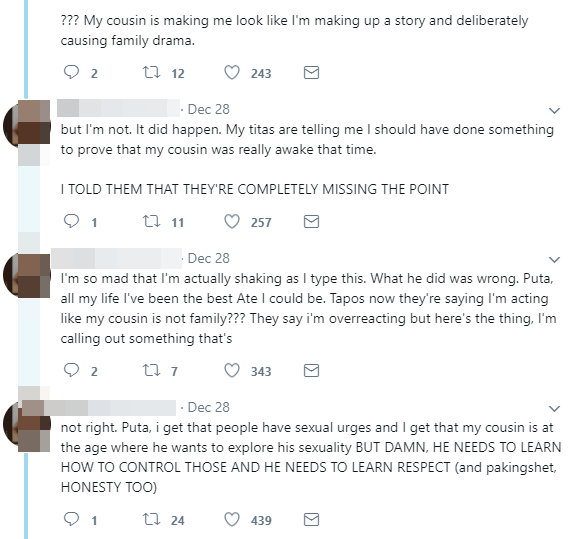 While Reading this Story, Another Individual Stepped Forward and Shared What Happened with his Sister

In this situation, the victim wasn’t alone – her brother stood up for her and fought for her. However, the family still didn’t accept what the cousin had done and blamed the victim instead. 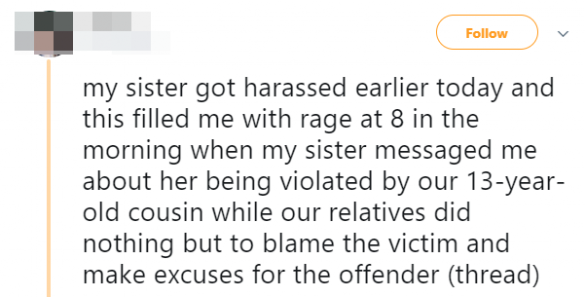 And then this Happened 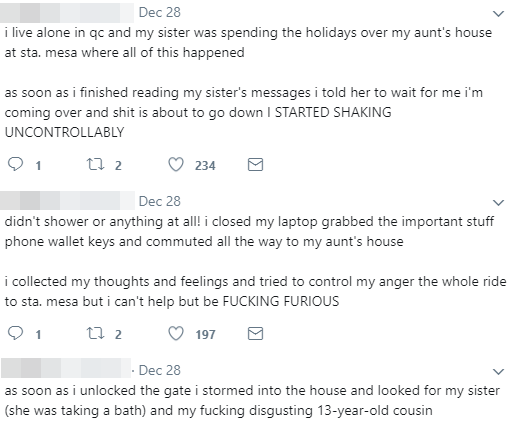 More Power to You!

If nothing like this happens in your family, that doesn’t mean it won’t happen elsewhere.

These stories are horrific to hear – your own family member harasses you and no one bats an eye. These situations are alarming and they need to be called out. About time we stop blaming the victim and letting the vultures get away with these acts.

Sexual harassment is not a joke – it shouldn’t be taken as one!

Read Also:11 Crazily Hilarious Things That Happen Only In A Joint Family!