Junaid Jamshed to be Arrested in a Blasphemy Case!! 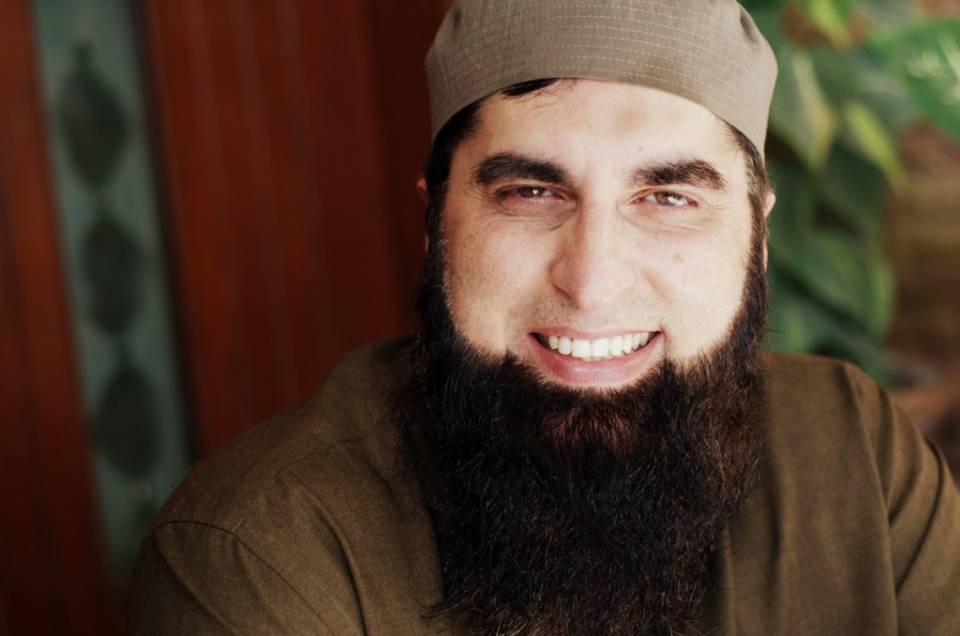 Case has been filed against Junaid Jamshed by Mobeen Qadri (A member of Sunni Tehreek) with the Pakistan Police for making blasphemous remarks.

Pakistan Police reported that they were investigating blasphemy allegations against Junaid Jamshed, formerly a singer who gave up his career for Islam. He is presently serving as a religious preacher and is associated with Tableeghi Jammat.

In Pakistan blasphemy is punishable by death. Despite of such a harsh punishment, the law does not clearly define what actually is ‘blasphemous’. Anyone can file a case against a person who has hurt their religious sentiments for any reason.

The case against Junaid Jamshed was filed by Qadri because he used the example of Hazrat Ayesha (R.A) (One of the wives of Prophet Muhammad) to support his argument about the failings of women in one of his speeches.

Karachi based police officer Mehmood Ahmed said: “The case is now with the investigators. We will be required to Junaid Jamshed and it will be up to him if he decides to move bail and goes to court against this decision.”

Soon after the video went viral, Junaid Jamshed released an apology through a video. He said that “This is certainly my mistake and it happened because of my unawareness and lack of knowledge. With a clean heart I ask Allah for forgiveness and I beg and request all the Muslims to forgive me. I did not do it intentionally.”

Many of the human rights groups say that the blasphemy law is mostly used against the non-Muslim minorities and the poor to seize their property or to settle person scores.

Before Junaid Jamshed became a religious preacher, he was a pop-star with a number of hit albums. He gave up his music career in 2001 and devoted his life to Islam after that.

Junaid Jamshed has previously been criticized for saying that women should not be allowed to drive and they should not leave home without a male guardian.

How Did The World’s Most Wanted Nazi Evade Justice for 60 Years!
Amir Liaquat Indirectly Called Junaid Jamshed’s Mother a Prostitute!
To Top