Indian Prime Minister Modi had been severely trolled by social media as well as officials for his statement regarding the Indian jets striking Pakistan. Within the individuals that have relentlessly trolled the Indian PM, Jeremy McLellan tweet’s outdid many! Talking about his flight to Pakistan, McLellan took to twitter to upload a funny tweet for his Pakistani fans to laugh over. The tweet read, “Long layover in Dubai and then I fly into Pakistan on Sunday. Hoping it’s cloudy so I can get past the radar”

Long layover in Dubai and then I fly into Pakistan on Sunday. Hoping it’s cloudy so I can get past the radar.

Basically, the memes started when Modi mentioned that the Indian jets would be able to go past the radar detection because the weather was cloudy. Hence, claiming the clouds would cover the radio waves somehow. Even if one doesn’t excel in science, it is still clear that clouds cannot hide jets from a radar’s detection! It is simply impossible.

Then, people took to social media to address that Modi’s claim is nothing but utter and absolute nonsense because radar technology cannot be fooled by clouds. Many are still questioning the sanity of the Prime Minister because offering such an idea for the entire world to witness is simply daring. Not to mention, Modi then received a bunch of people trolling him for his unscientific observation. 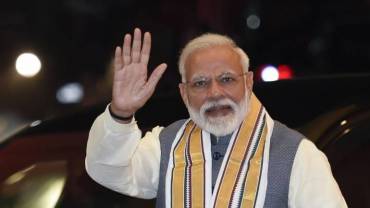 Within an interview, he said, “The weather suddenly turned bad, there were clouds… heavy rain. There was a doubt about whether we can go in the clouds. During a review (of the Balakot plan), by and large, the opinion of experts was – what if we change the date. I had two issues in mind. One was secrecy… second, I said I am not someone who knows the science. I said there is so much cloud and rain. There is a benefit. I have raw wisdom, the clouds can benefit us too. We can escape the radar. Everyone was confused. Ultimately I said there are clouds… let’s proceed.”

Apparently, Modi seemed convinced and said the idea with utmost certainty. That is what had most on edge.

Just after Jeremy McLellan sent his soon-to-be popular tweet, people swarmed the post with their supportive messages mentioning how it is impressive to see that he is keeping up with the memes. 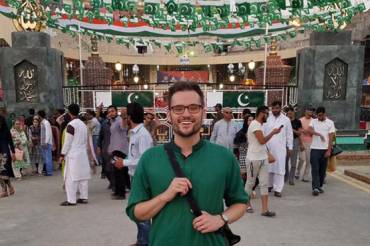 Well, Jeremy McLellan’s Twitter is starting to become a safe haven for many Pakistanis! Similarly, before uploading his tweet regarding the radar issue, he posted a couple more politically funny tweets that had the entire country howling.

He sure takes the cake as a comedian with the most jokes over India. He tweeted,”My flight to New York is delayed due to “maintenance issues” which means I may miss my connection to Pakistan. Obviously, I blame India”

Replying to a tweet that said the President Imran Khan will be flying to the States through a normal airline. The comedian took the golden opportunity to tweet back “Only because I’m flying to Pakistan on his jet”

Another one of his classics included, “Leaving for Pakistan in 4 hours in case anyone has a package they want me to take to their relatives”

Nevertheless, leave it to his comedic ways to turn serious matters into a laughing fit within seconds!

What do you think of the situation? Do you support Jeremy Mclellan or should he not have mentioned such issues? Share your thoughts.

American Blogger Cynthia Ritchie Pictured Driving A Rickshaw While Showing Her Love For Pakistan!
The World Is Laughing At IAF Pilots’ Fitness Level And French Rafales Might Need A Bigger Engine To Carry Them!
To Top